Magnets Cling to Where People are Vaccinated 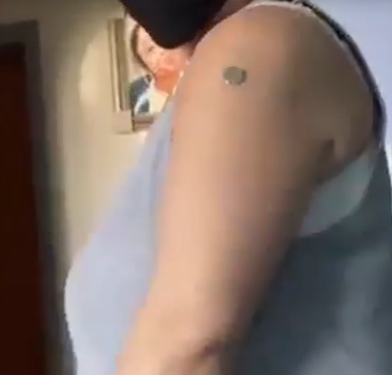 The latest thing going viral is that people who accepted the vaccination are finding that for some weird reason, magnets stick to their arm where they got the shot. This is leading many people to believe that Gates’ microchips are being implanted. This is going viral in and of itself. Others keep swearing there are no chips. If they are changing your DNA, does that mean your DNA is now patented to the Gates’ pharmaceutical monopoly? They can already find you with your phone. I suppose if you use a burner phone, then the chip would be the answer. Now, the CDC, without long-term studies, has authorized vaccinating teenagers.

Clearly, politicians NEVER tell the truth. Government is in bed with the vaccine companies, and the media has abandoned independence. If there are chips being implanted and any doctor provides such evidence, he will be taken off of YouTube and canceled by BigTech.

The problem that emerges is simply we have no idea what the truth is in the matter. They will not address this matter, but they will call it a conspiracy theory.

« In Japan there have been More Suicides than Deaths from COVID
Worldwide COVID Conspiracy? »