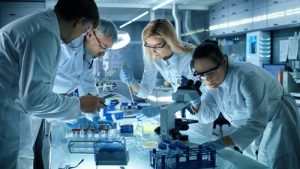 My concern about this vaccine movement is straight-forward – NOBODY IS ABOVE THE LAW! Why do Pharmaceutical Companies need absolute immunity if the vaccines they are forcing on children are safe? There should be testing of the children who have died to determine what combination of vaccines and in what order they might become lethal weapons to certain children.

When you go to a doctor, they ask you right away are you allergic to any medicine or anything in particular. They do NOT do that with children starting to vaccinate them at birth. There is a lower safety standard when it comes to vaccines and children. You should not find out if your child is allergic to something because it killed them.

Vaccines should not be mandated. Kids come home from school and are always bringing various colds they then share with the parents. Vaccines do not create a perfect world. End the absolute immunity and then perhaps the Pharmaceutical Companies just might actually do what they are supposed to do – ensure their vaccines are safe. Why pay for that research if they can never be sued?

Most states do allow families to claim religious exemptions to mandated vaccinations, but that is changing and the Pharmaceutical Companies have been bribing politicians around the country to end even the freedom of religious exemptions. New Jersey would have joined New York, California, Maine, Mississippi, and West Virginia as states requiring that all children enrolled in school be vaccinated unless they have a valid medical reason. These are the states that demonstrate how corrupt governments are within those states. Three of the most tax abusive states are included; California, New York, and New Jersey. If you have small children, and you will NEVER be able to retire in these states, it is time to starting looking for alternatives.

The New Jersey Legislature, at the last minute, postponed the vote on what would be one of the strictest vaccine laws in the nation. New Jersey postponed a final vote on a bill that would have ended religious exemptions to vaccine requirements for students enrolled in any school or college, public or private.

California, which claims it is liberal, is actually very authoritarian. It is one of only a few states that does not allow parents to opt-out of vaccines due to their religious beliefs. California actually rejects the First Amendment and the freedom of religion. This is really strange for a state that protects illegal aliens and is anti-Trump but not children. If we follow the money from Pharmaceutical Companies, it demonstrates that California will flip if you pay-off the politicians.

Interestingly enough, I had not really paid much attention to the Church of Scientology. I knew it began in Southern California. One night I went to a high-end steak restaurant in Tampa named Berns, which is rather famous. I discovered that even Tom Cruise moved from California to Clearwater, Florida a few miles from where I live. I had found out only because we had the same sports car and people thought I was Cruise when I pulled into a restaurant (the disappointment on their faces when I got out was overwhelming). Nonetheless, Scientology’s largest headquarters and religious retreat was created in Clearwater, Florida which is the largest Church of Scientology in the world. They escaped the vaccines and the taxes of California, which I found interesting.

Besides chasing out a lot of famous people, California has also set a new record. As of the end of June the school year, there were 6,741 home-schooled kindergartners without their vaccine shots in California, compared with 1,880 in the 2016-17 school year, according to state data. The loop-hole people are moving toward is home-schooling.

It just seems like the first step with the Pharmaceutical Companies is to REPEAL their absolute immunity and REPEAL absolute vaccine requirements. The standard vaccines that have been around for decades are one thing. As I said, I was vaccinated as were my children. But there were no way 70+ vaccines back then. Perhaps less is better. They should provide the statistics on each vaccine and let the parent decide. Major life-threatening diseases are one thing. All of these other vaccines may be just too much.