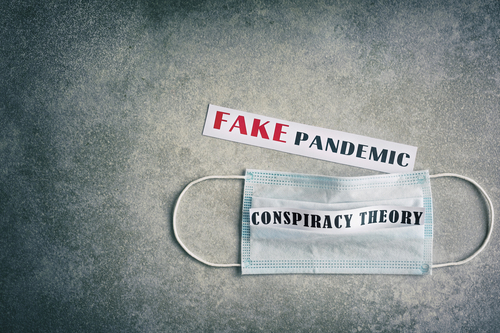 It’s one thing to steal an election, create a border crisis(when there was none) and then orchestrate an alleged attack on the Capitol, thus creating the perfect recipe for another attempt at impeachment.

But with complications now surfacing with these vaccines(and follow on boosters, which by design are to ensure a continuous feed of data into Big Tech), it appears the Lockdown states are now confronted with a serious dilemma: how to explain the drop in Covid cases and deaths in the non-Lockdown states, many of which have dropped the mask mandates. These same Lockdown states, which are pushing the vaccine, are seeing no relief, populations fleeing, and more coercive policies possibly being put into place.

This brings us to Biden’s threat yesterday stating there will be no 4th of July celebrations if not enough people sign up for the vaccine! So, what is not mandated now becomes a threat of retaliation. Against everyone. Not just the vaxxers.

Is there any doubt Biden wants to shut down the economy again, following the lead of Europe? He is trapped by the promise of the vaccine with the reopening. But Europe can’t(or won’t) with problems surrounding vaccine safety and availability. And Europe’s success in the lockdown hinges on its practice in the US.

Marty, you mentioned something happening late summer. This seems right. Perhaps it is renewed crisis overseas, perhaps vaccine fatigue setting in, perhaps resistance building nationwide against wearing masks. It may even be more racial strife…we don’t know…Whatever the cause(s), it seems to me we are getting closer to some inflection point, people beginning to fight back, government sense they are losing the PR battle(Fauci…overexposed, mendacious, a serial liar)….and perhaps major problems surfacing with the vaccines…deaths, complications, which work against the architects of this scam. The tease of reopening foreign travel looks fleeting….people are staying domestic… which means people moving around…and nothing the government can do about it…..looks to me like this idiot(B) will declare some kind of national emergency…watch!

REPLY: August is, for some reason, a period when war and civil unrest rise. It often marks major highs in markets around Labor Day, like September 3, 1929, and so many others. This is not about health; it is all about climate change. The Panic Cycles we see and the chaos between August-September may very well be domestic civil unrest, most likely starting in Europe. Literally, thousands of people are contracting COVID after being vaccinated, and some are still dying. The CDC admits over 70 people have died after being vaccinated by COVID.

The politicians have used this virus for political gains to shut down the economy and reduce CO2. The WEF has been boasting that the lockdowns are working in saving the planet. Meanwhile, they are destroying civilization, and the future people thought they were entitled to. This will come to a head, and perhaps the August-September timeframe will be the time of reckoning.