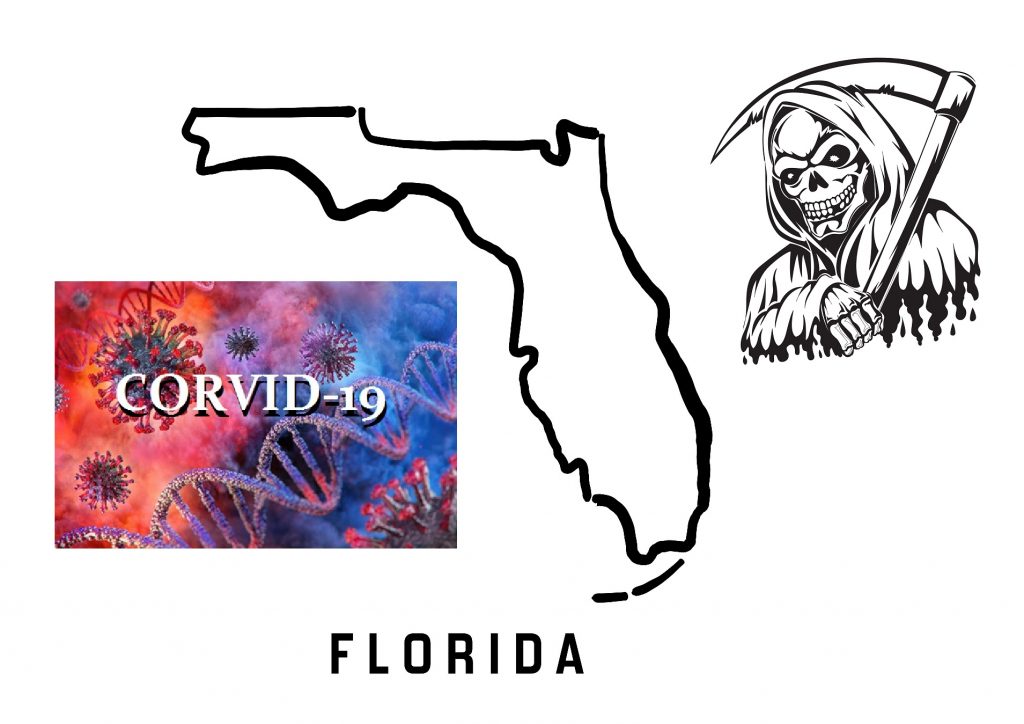 The Coronavirus nonsense is just unbelievable. Reuters is reporting that Florida is off the charts with 15,000 new cases in a day. Florida reported a record amount of testing, with just about 143,000 results compared with an average of 68,000 for the prior seven days. Of that, they claim that 15,000 people tested positive and they like it to Disneyland opening but those are not people who were tested.

I have reported that I was personally tested FIVE TIMES in 4 weeks and all were NEGATIVE. When I told another doctor and they all say the same thing – that means nothing because the test is so inaccurate they are really useless. You cannot even get out of a COVID wing in a hospital without TWO tests that are NEGATIVE because they do not trust them.

The press will NOT report what EVERY doctor I have spoken to has said – this is exaggerated and the tests are so inaccurate they are misleading.

This is clearly being orchestrated for economic destruction. Top scientists are being censored and ignored by the WHO because they have shown that NOBODY is dying of COVID alone. Those that have died have been due to other complications. Top European pathologists have made it very clear that no one died of Covid-19 by itself. There is another agenda here because the press REFUSES to publish anything contrary to this calculated agenda to use this virus to destroy the world economy to allow for them to impose their Great Reset at the expense of all of our freedoms and the annihilation of our children’s future.