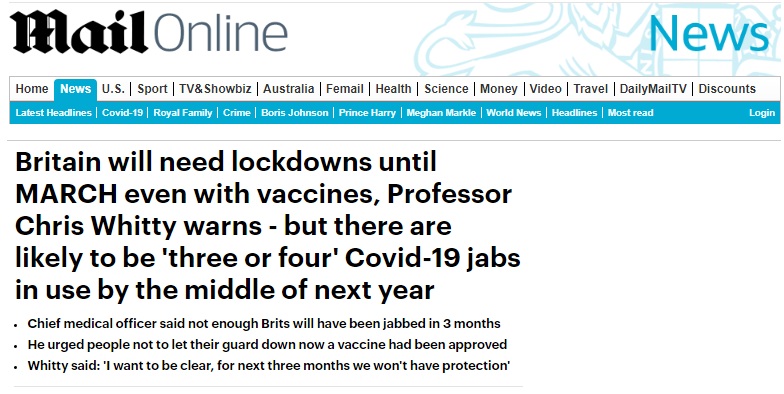 I warned the objective with these lockdowns is to crush the economy so they can “build [it] back better,” which means they must destroy the economy as we know it. They will continue to extend these lockdowns throughout 2021 and use them as the excuse to end democracy and elections 2021-2022. The lockdown which was just for a few weeks was extended to include Christmas and New Years’ and it will constantly be extended to achieve their political goals. They are already hinting at extending them into March in Europe.

To “build back better” by bringing CO2 to zero, they will continue the lockdowns despite the fact that after one year, CO2 has not declined. Gates has used his money to back this agenda to drive CO2 to zero and reduce the population. They are targeting cows and want to end meat production. Bill Gates, with Leonardo DiCaprio, has already has been building that industry in anticipation of claiming animals can get COVID and must be exterminated — i.e. 17 million Minks. They are claiming your pets can now get COVID and the CDC says they must be confined to the house. What’s next? We must kill all our dogs and cats? Make no mistake about it, they would do the same with people if they could get away with it.

This is no different from Karl Marx and his entire idea of redesigning the world economy by confiscating all wealth and making all decisions from the central political authority. Marx was also all about shutting down religion — the opium of the masses.