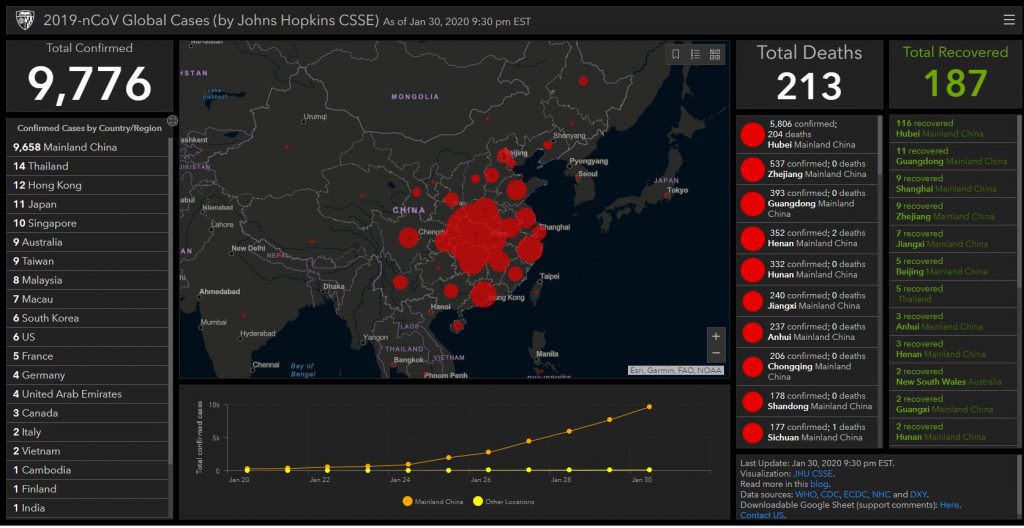 There have been a number of questions regarding (1) can we trust the numbers from China, and (2) why recoveries are not higher.

First, the US has sent the CDC and the WHO is on top of it. There are cases outside of China and so far they display the same death rate of less than 3%. There is nothing so far to indicate that China is hiding anything. So it is no point in speculating. We have to wait for the facts. China cannot hide the death rate since others have the virus outside of China. All they can do is hide the number of infected but that remains to be seen as well. China has shut down transportation and delayed the holiday travels. This clearly shows that China is trying to contain the virus and is acting responsibly.

As for the recovery rate being small, it appears that it takes 2 to 3 weeks to recover much like a flu. This is not alarming at this stage in the game. As I have posted yesterday which is confirmed now by many other sources, the rate of infections spreading is far greater than SARS which infected less than 9,000 cases worldwide. This version spreads much more easily. but the death rate still remains below 3%.

There is just no point in always portraying something as the latest thing to end the world. The claims this was a biological weapon leak to it was stolen from Canada all were just conspiracy theories. That gets pretty tiring after a while but it seems to be a contagion itself which spans the world of disease to even technology like Y2K, and even Climate Change. Don’t forget, we are all supposed to be dead by now or drowning because of rising sea levels. They have kept moving it from 2000 to 2010, then 2020, and then we have only five years to live.

Obviously, former President Obama did not believe his own warnings of climate doom and rising sea levels since he bought a house on the beach.

« WHO Names this Coronavirus a World Emergency
What Percent of the Population Has the Coronavirus? »