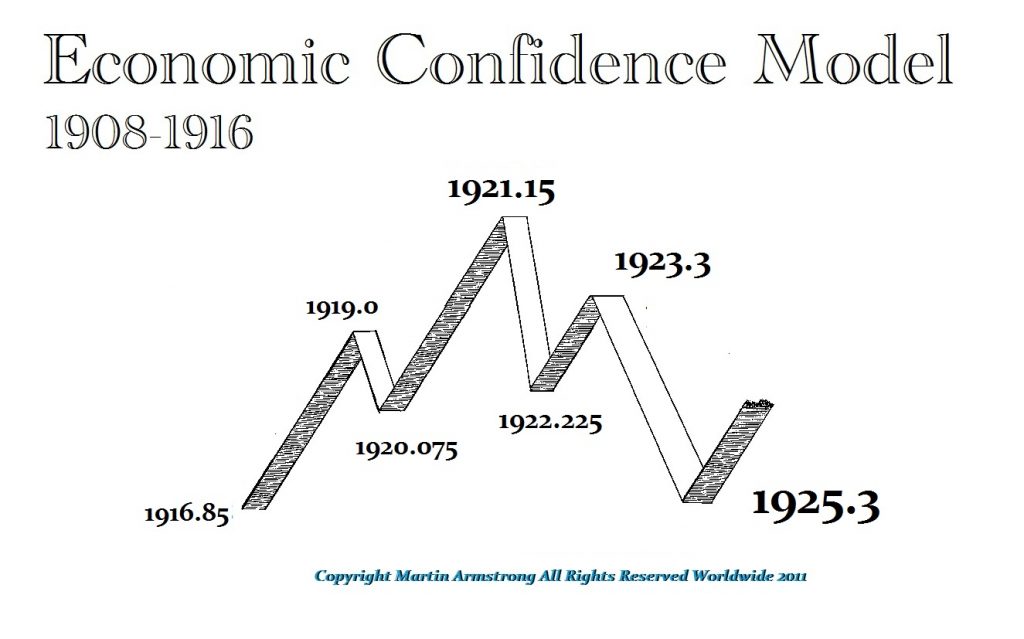 Many have asked that since this Coronavirus appears to have caught everyone’s attention with the turn in the ECM on January 18th, 2020, the questions have poured in asking if this was a major event given our model had been projecting a rise in disease would begin in 2020 coinciding with the new Solar Cycle which should be the lowest in probably 200 years+ meaning colder weather. There is certainly an interesting correlation that we should not ignore. This at the very least warrants a review of the Spanish Flu which killed millions back in 1918.

The first reported case in the Spanish Flue was March 4th, 1918. That did peak out by December 1918 so in that case it was more of the end rather than the beginning which aligned with the ECM. Therefore, the turning point was December 31/Jan 1, 1919. The Journal of the American Medical Association final edition of December 29, 1918 wrote:

“The 1918 has gone: a year momentous as the termination of the most cruel war in the annals of the human race; a year which marked, the end at least for a time, of man’s destruction of man; unfortunately a year in which developed a most fatal infectious disease causing the death of hundreds of thousands of human beings. Medical science for four and one-half years devoted itself to putting men on the firing line and keeping them there. Now it must turn with its whole might to combating the greatest enemy of all–infectious disease.”

While governments are seeking to impose travel restrictions, this virus has a lower death rate under 3% compared to the SARS outbreak of 2003 which reached a 10% death rate. However, what is different with this version of the virus is the infection rate is far greater. This virus escalates exponentially insofar as its infection rate. Clearly, this will impact tourism on a global scale for the media attention with this is far greater and the conspiracy spin is unbelievable from it being a biological weapon and something that was stolen from Canada.

The first reported cases of SARS back in 2003 took about a month before it translated into a surge in cases. Then there was a second surge of infection which hit the hospital sector which came about two months later. This version has a greater infection rate but a lower death rate. This introduces a risk of a greater potential for a pandemic. Therefore, our model shows choppiness in the financial markets until April and a general turning point come around May. 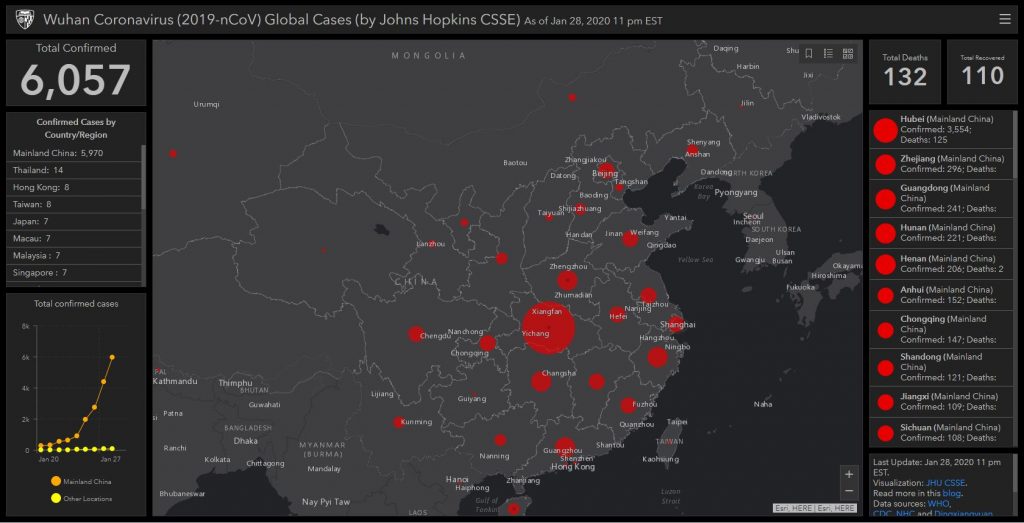 There is clearly a potential for a pandemic in this case of the yet unnamed 2019-nCoV which merits heightened concern.  At the time of writing this post, there is still less than 7,000 cases.  If the people infected in turn infect 2 to 4 others, compared to the normal flu which is about 1.4 infections, then the 6,000 could reach 200,000 within a couple of weeks. The total amount of infections under SARS was only 8,098 across the globe back in 2003.  Therefore, given this version of a coronavirus has a faster infection rate, a pandemic appears likely. The question is our model is pointing to 2022. This virus has already begun to mutate. Does this imply it will mutate and continue into 2022 or will there be yet something else coming our way?

Many people are claiming that the death toll is really 10% and that China is lying. The CDC from America is flying there to assist so we will know a bit more about the veracity of that claim. They also claimed it was a biological weapon and it was stolen from a lab on Canada.

« Coronavirus still appears to be Normal Virus
What is the origin of the Coronavirus 2019-nCov? »