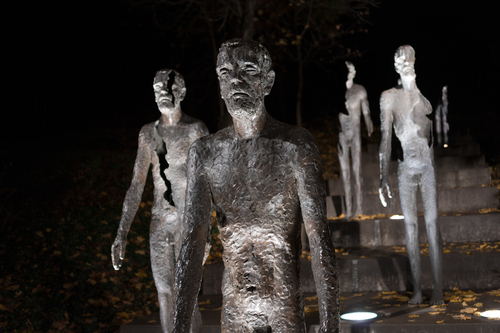 The Prague The Memorial to the victims of Communism

A friend of mine is in Spain. She is from Slovakia. She writes to let me know she has been locked down for 5 weeks “without even been allowed to go for a walk, and another 6 weeks or so to go (at least). People here support it and believe all the lies. In communism, nobody believed the regime.”

“This period of anxiety and adjustment to the isolation routine lasts from 1 to 3 weeks. Further isolation of 4–6 weeks leads to a feeling of dejection and increasing dependency, loss of initiative and spontaneous activity, lack of interest in personal appearance, immobility and vacant gaze.”

US National Library of Medicine:

If these lockdowns extend beyond April, they are going to result in rising violence. In Thailand, they have already banned all alcohol because they fear that if the people get drunk, they will become violent and storm out into the streets.

The true danger here is that the failing governments are on the edge of a Monetary Crisis and thus this coronavirus lockdown is making martial law appear to be the norm around the world.