What Percent of US Economy Involves trade from China?

QUESTION: Are you saying that the China trade is not that big of a deal to the US economy? It seems like the press makes it sound like this is the end of the world and we will go into a depression.

ANSWER: The total amount of goods that China sells into the US economy is about $557.9 billion with US exports at about $179.3 billion. That is less than 3% of our annual GDP which China sells to the USA and the American sales to China is less than 1%.

The way the press portrays this you would indeed think that the next Great Depression is coming and it’s all Trump’s fault.

The world leaders at the G7 are blaming Trump and saying it is his trade war why their economies are declining. Our model showed they were declining long before there was a trade war. Besides that, Trump offered to eliminate ALL tariffs. France immediate said NO WAY!!! 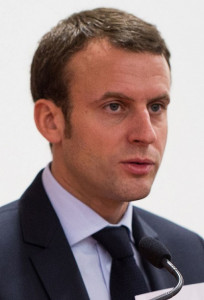 Macron wanted to make the Amazon fires in Brazil the G7 top priority. Exactly what does Macron think he can do about the Amazon? Put sanctions on Brazil and fine their farmers? Or perhaps he advocates invading Brazil and posting guards around the Amazon? Meanwhile, he refuses to step down in the face of 80% of the French opposed to him and he refuses to allow any renegotiation on BREXIT because he wants 100% tariffs at the Irish border. Then he blames Trump for the economic decline in France. Wait till he sees what their own trade barriers do to the rest of Europe.

Macron is an EXTREMELY arrogant person. His reputation behind the curtain is anything but respectful. He is notorious for trying to just bully people and lacks judgment in a global sense according to reliable sources. Macron also went over the top, as usual, and flew in Iran to the G7 to try to embarrass Trump. Macron is worried far more about every place other than his own period. Why he supports Iran yet objects to Putin joining the G7 and insists on punishing Britain calls into question his real objectives. He certainly wants to federalize Europe creating a European Army and policies that even Germany does not support.

Of course, if you look closely at the photos there are really eight people not seven. The EU has a seat while Germany, Italy, and France still have their independent seats which further demonstrates the whole problem with Europe. They want to act as independent sovereign countries, yet simultaneously, pretend Europe is one big happy family.