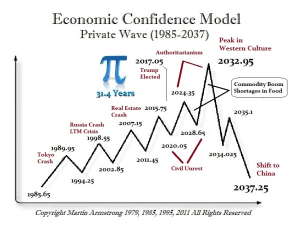 The International Monetary Fund is not the only option for countries in desperate need of funding. The Financial Times recently reported that China has been sending out tens of billions in secretive “emergency loans” to countries facing financial hardship.

China and others have been known to invest in emerging or struggling economies, but China seems to be upping its aid and has provided more funds than even the World Bank. AidData revealed that Pakistan, Argentina, and Sri Lanka alone had received $32.83 billion since 2017. Former Vice President Mike Pence accused China of using “’debt diplomacy’ to expand its influence. [China] is offering hundreds of billions of dollars in infrastructure loans to governments from Asia to Africa to Europe and even Latin America. Yet the terms of those loans are opaque at best, and the benefits invariably flow overwhelmingly to Beijing.” Pence claimed that China would prey upon poor nations and take ownership of key infrastructure upon default. Another example of the pot calling the kettle black, so to speak.

Pence used the example of Sri Lanka who was pushed into default, opening room for China to construct a military base in the port of Hambantota. The Atlantic published an article in 2021 to say that Pence’s claims of China ushering in their military to Sri Lanka was a lie, as if China wouldn’t jump on such an opportunity. Last month, in August 2022, China dispatched military ships to Hambantota with the intention of using the port for dual commercial and military use. Remember that Sri Lanka recently overthrew its president and has been in utter disarray — their economy completely collapsed.

“Sri Lanka needs financial assistance, and it would not want to displease China by revoking the permission,” Jehan Perera, executive director of the National Peace Council of Sri Lanka, told VOA. At this time, they are not building a military base, but it is possible as Chinese companies took out a 99-year lease on the area in 2017. Sri Lanka was seeking a loan from the IMF, but they were unwilling to take on such risky debt. Business is business. Sri Lanka was desperate, and China was willing to come to their aid, but governments only act in their self-interest and would not take on risks if they did not see a way to monetize that risk.

So yes, China is willing to take on the risks that the IMF will not. Unlike the IMF, China does not need to disclose its investments. China is investing less in US and Western debt and has turned its attention to indebted nations. This may be one of the reasons that our computer predicts China will become the next financial capital of the world by 2037.25.