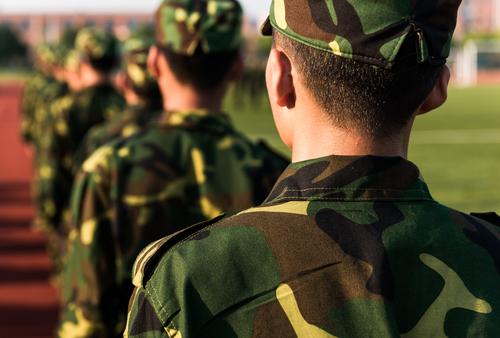 COMMENT: Marty,
Re: Biden’s Abuse of the Military
My biggest concern right now is that if we do foolishly purge our military degrading readiness, does China’s President Xi take advantage and seize Taiwan amid the chaos in our ranks much like how the Germans took advantage of a Soviet military purge to time their invasion during WWII. Inexperienced Soviet commanders very nearly lost that war. It may just be too tempting an opportunity to pass up. How often history seems to want to repeat.
RW

REPLY: The Biden purge of the military over this pandemic is political to get rid of non-Democrats so they hope the military will defend them against the right. It is history repeating. They were even purging National Guard troops who voted for Trump for fear they were inside Pelosi’s wall. Just talk to some of the National Guard and how they were treated in Washington by Pelosi.

From a strategic position, if I were Xi, as civil discontent rises in China, the best way to deflect that historically is always to point to an outside enemy. That is why the sanctions against Putin were foolish. He could always point to America as the source of their economic troubles and that is exactly what took place. Putin rose in polls in Russia – he did not decline. I would expect that if China is going to invade Taiwan, the best time is now under Biden. His administration is so focused on Build Back Better and his own Party is deeply divided, by the first quarter of 2022 would be ideal. What is Biden really going to do? Europe is virtually defenseless. He has insulted the military and the Progressives want to take the military funding and move it to AOC’s New Green Deal. The West is so divided and messed up, it is now or never. There is no way the United States could EVER defend Taiwan on any conventional basis and nukes are offline. China’s supply line is endless. Ours could easily be cut off. Japan does not want to get involved.

« War & Money
PRIVATE BLOG – The Time for Invasion Has Arrived »