China warning the Hong Kong Protests are a “Color Revolution” 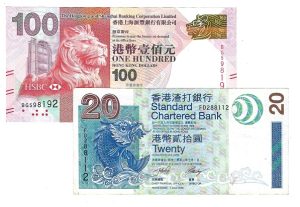 After 12 weeks of protests in Hong Kong, the likelihood of China sending in troops has escalated. Xinhua News Agency said Sunday in China recalling comments by former top leader Deng Xiaoping saying Beijing has to act under such circumstances. In Sunday’s commentary, Xinhua said Hong Kong’s protests have turned into a Color Revolution aimed at overturning the Special Administrative Region’s constitutional institutions. This is not very accommodative at this point and the protesters have reached an extremely dangerous point.

There is a deep concern here in Asia since we have clients on both sides of this conflict, which is why I am in Asia at this moment in time.  There is a rising fear that if China sends in troops, exactly how long will such a situation play out.

Our key turning points remains unchanged – September, November, and the big one is January coinciding with the turn in the Economic Confidence Model. We do see rising volatility in the currency come October.

« China v US Trade War
What Percent of US Economy Involves trade from China? »