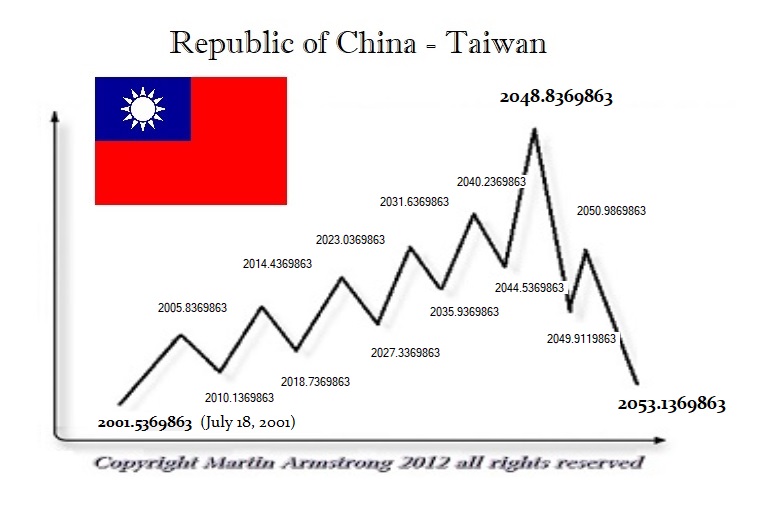 QUESTION: Obviously, China is not Hitler or Napoleon with dreams of conquering the world. The days of empire building are gone. China has always been the one who is invaded from the Mongols and Japanese to the Europeans. Do you see China becoming more dominant in empire building retaking Taiwan?

ANSWER: I am working a report on this subject. You are correct that China historically has not been the aggressor. They were conquered by the Mongols and were invaded by Japan. They never set out on a world domination plan like Hitler or Napoleon because that culture was not prevalent in Asia compared to Europe where each country at one point was the dominant political state in Europe. Russia, on the other hand, believed that it was their position to spread communism to the world.

That said, both Hong Kong and Taiwan were part of China historically. From their perspective, it is not a conquest compared to reunification as Germany viewed the return of East Germany.

What has protected Hong Kong is the economy. That is why China was willing to allow it to retain a lot of its freedom. Now that the world economy is under assault, the protection of both Hong Kong and Taiwan is not as secure as it once was. Alienate China and they have no incentive to just observe.

This is not the war of old. Standing by and not engaging against Hitler and hoping he would stop each time was the wrong decision BECAUSE Hitler was motivated by revenge and conquering Europe. That incentive is no longer present today among the superpowers. Nobody wants to occupy the other. As long as everyone got along economically, that was the bottom-line benefactor to prevent war. Today, war would be strikingly different. It would not be one of conquest, but of annihilating an enemy. Stop the world economy and you encourage war today.