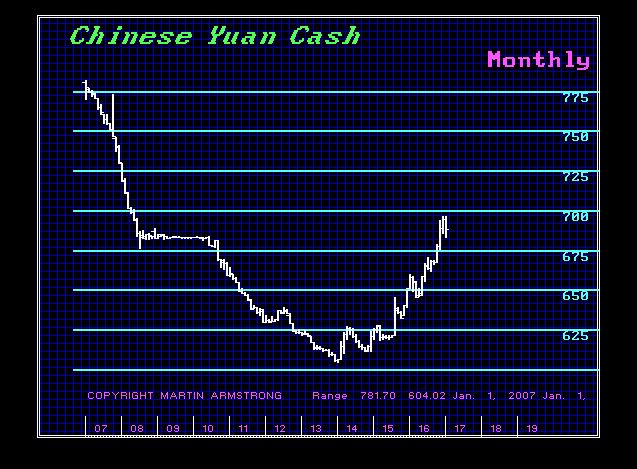 China has called all Bitcoin exchanges to a closed door meeting looking to shut down the flight of capital from China. China is looking to deal with the expected trade confrontation with Trump and looking to shut down the flow of capital that has been putting a downward pressure on their currency. We can see that the US dollar has risen for 35 months and this will be seen as a currency war by Trump for his advisers from Goldman Sachs are clueless assuming markets can simply be bullied or manipulated with power.

Our sources are also hinting China may tighten the quotas on importing gold even more since their actions last November (see FT). China is trying to curb the flight of capital which has contributed to the greenback’s rise for 35 months. However, with Europe tottering on the edge, the next country to withdraw from the EU may set off a collapse of the euro and that will only cause a surge higher yet in the dollar impacting China negatively with regard to trade disputes.