Will Puerto Rico Be the Next Greece?

On Monday, Puerto Rico is set to release a key report on its financial stability. Governor Alejandro Garcia Padilla told The New York Times that the island would probably seek significant concessions from many of its creditors because “the debt is not payable.”

Puerto Rico is the next Greece where the “vulture” investors bought their bonds back in 2013, when there was roughly $70 billion in outstanding debt, causing a huge plunge in bond prices over the summer.

All governments follow the same model and this is BIG BANG, where government debt at every level will begin a death spiral. Governments since World War II have borrowed continuously but never managed anything properly. They just assumed that the great herd of taxpayers had deep pockets that were endless. This attitude is causing the collapse in socialism, where all the promises of pensions cannot be maintained. The majority of people assumed that working for government was the safest. They are now starting to see that it is the worst of all, for you cannot prosecute them for mismanagement and fraud, as you would if a private employer pulled the same nonsense. 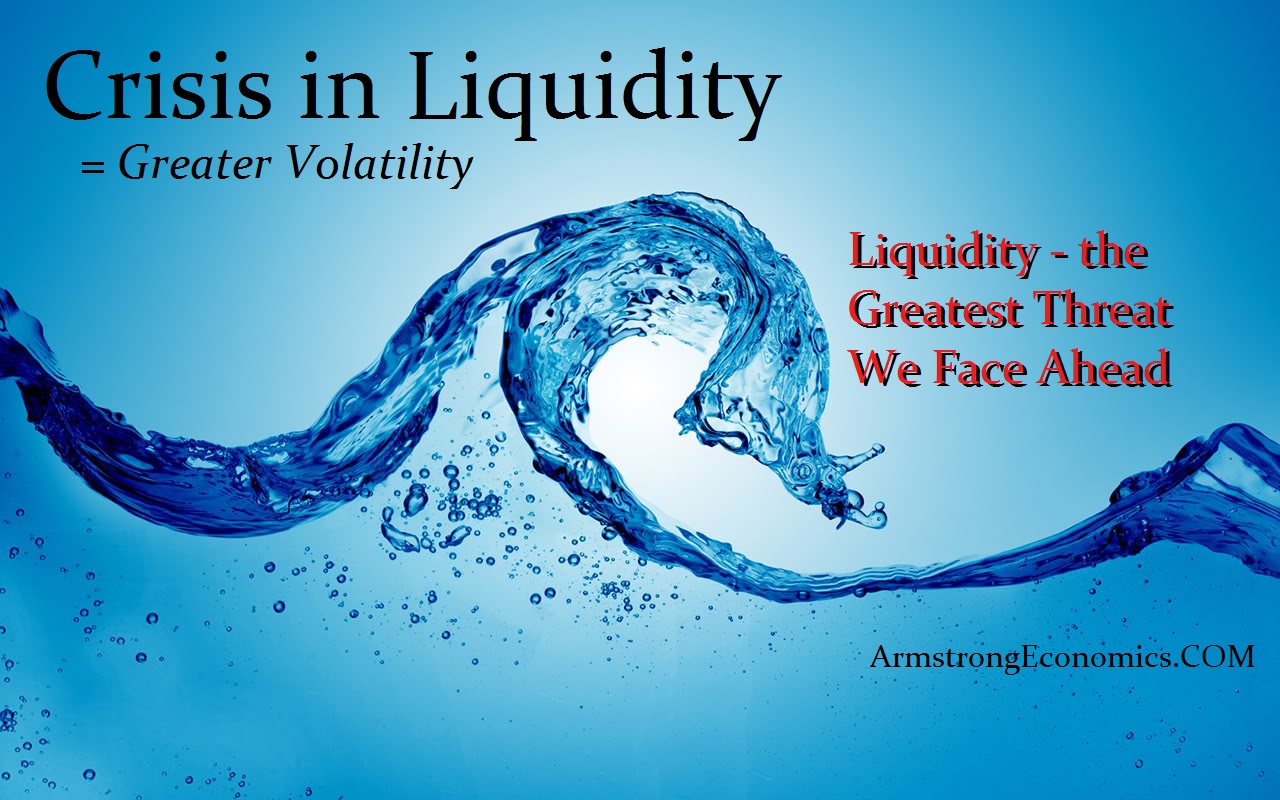 The smart money smells a rat. Capital has rushing out of long bonds since May and pouring into the very short-term federal paper, pushing rates back negative to the crisis level of 2009. BIG BANG is being furthered by the worst collapse in liquidity I have ever witnessed in my entire career.