The Bank of Canada Should Admit QE FAILED 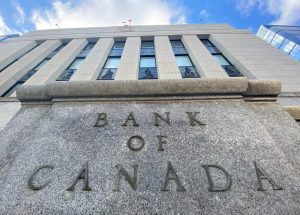 In 2020, Pierre Poilievre, chief Conservative spokesman on finance issues, said Canada’s central bank “should not be an ATM for Trudeau’s insatiable spending appetites.” Conservatives cooperated with the Liberals when it came to COVID-19 emergency spending. Everyone was in on that power grab. Now the nation is in worse shape, further in debt, and inflation is soaring.

Yet, Trudeau continues to spend recklessly without hesitation. The Bank of Canada (BoC) should remain neutral on political issues. Similar to the Federal Reserve, the BoC is the largest buyer of domestic debt. In response to criticism, the bank launched a social media campaign to deflect blame. “#YouAskedUs if we printed cash to finance the federal gov’t. We didn’t,” the Bank of Canada tweeted on August 25. Due to the pandemic, the central bank “took various measures, like buying bonds, to support and ensure a strong and stable #economy,” the bank tweeted. “We bought existing gov’t bonds from banks on the open market. Why? This helped unblock frozen markets at the start of the #pandemic. It let households, companies and governments access funding when they really needed it.”

This is the problem with those who believe they can manipulate the economy. Governments completely shut down the world for over a year and then claimed that they needed to spend as much as possible to save us from the crisis they created. “We did not use cash to pay for the bonds. We bought the bonds with settlement balances — a kind of central bank reserve — not with bank notes,” the bank continued to Tweet back in August. Basically, the strategy all along was Quantitative Easing. It failed. 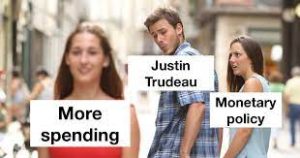 They artificially lowered rates for too long and purchased government debt with no method for repayment. Their stupid idea of Quantitative Easing and lowering rates were under their theory that people would borrow if it were cheap enough. The central banks fail to understand that people will absolutely not borrow at any rate if there is no confidence. It has become conventional wisdom that when all else fails to make economies grow, create new money and buy government bonds. Of course, the “all else” never includes deregulation and lowering taxes.

Now Governor Tiff Macklem is posting videos on Twitter to explain why the bank raised rates by 300 bps in the past six months. Yes, “inflation is too high,” as Macklem pointed out, but he’s acting a bit too late. “It is by raising interest rates that we’re going to slow spending in the economy, give the economy time to catch up and take the steam out of inflation,” Macklem said in the video. “That’s gonna [sic] get inflation back down.” WHAT ABOUT GOVERNMENT SPENDING? Monetary policy does not align with the bank’s goals, as Trudeau’s continued spending will prolong inflation.