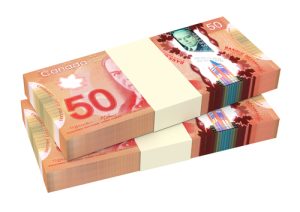 Inflation is hurting everyone. The Financial Wellbeing Index for Summer 2022 by Lifeworks found that 29% of 3,000 respondents said they are concerned they can no longer afford daily life expenses. The measure for overall financial well-being fell to 64%, which is the lowest number recorded since the survey began in the winter of 2021.

Half of those who expressed concern said that food prices had made the most notable dent in their wallets, while 35% cited gas costs. Nearly a quarter said they are worried about making good on their mortgage payments.

Inflation in Canada reached 7.6% in July, with core inflation up 6.6%. Inflation fell by 0.6% in August on the monthly level but is still up 7% annually. Government is engulfing the private sector, and long-term growth is not a priority for the Trudeau Administration.