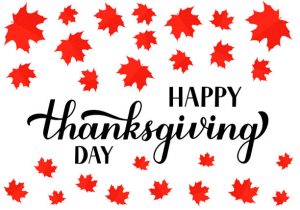 Wishing our friends in the north a happy Thanksgiving.

Canada’s Thanksgiving is not as widely celebrated as America’s November feast. However, outside Quebec, around 90% of Canadians plan to celebrate the holiday. Everything from fuel to food is more expensive this year. Statistics Canada reported a 10.8% rise in food prices this August, marking the fastest pace of food inflation since 1981.

The Agri-food Analytics Lab (AAL) and Angus Reid conducted a survey (sample size 1,244) to see how Canadians plan to celebrate the holiday this year. Turkey prices have risen 16% per kilogram this year. In British Columbia, 29% of respondents said that they would be making changes to the meals they typically prepare due to food prices, while 25% in Alberta and 20% in Manitoba said the same. Around 19% of those celebrating in Ontario will be changing the menu due to costs, followed by 17% in the Atlantic, 10% in Quebec, and 8% in Saskatchewan.

In addition to turkey prices increasing, potatoes have spiked by 22% this year. Bread and dairy prices have gone up 13%, while cranberries have increased by 12%. Prices vary based on location, but they’re up in every province. So many are grateful for the harvest, albeit less bountiful.