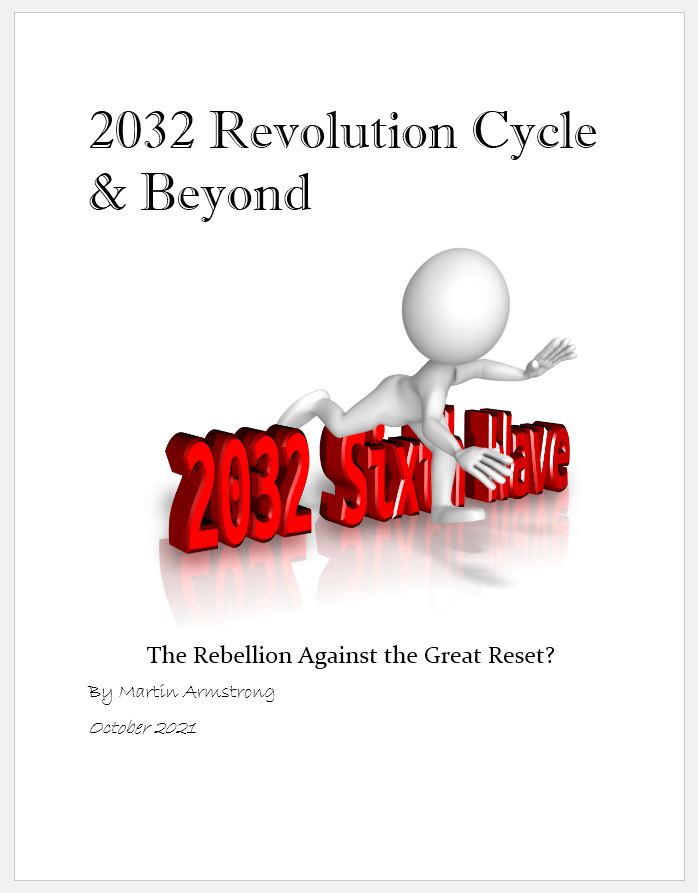 COMMENT: Mr. Armstrong I just want to comment on the letter that one of your readers wrote about Erin O’Toole he could not have been more accurate everything he wrote was from the first to the last sentence spot on!👍
Unfortunately, I have the feeling Canada is doom the damage has been done, for many years now I have noticed the socioeconomic changes in the country Maxime Bernier could be a capable guy to lead the country but the media has done a good job in portraying him as a Zealot racist who doe not like immigrants and people at least here in Toronto who keep taking the BLUE PILLS given to them by Trudeau and his cronies would hesitate to even think about giving a vote for Bernier.
I really wonder if there is still a place in this vast world where life can really return to normal where one can just be?
Take care!
GR

REPLY: I will run our models on Canada to take a closer look. I agree, our computer has never been wrong and I think we can see how the West is unraveling before our eyes. What comes after 2032 will be a whole new world order, but it is by no means going to be what Trudeau, Schwab, Gates, and Soros plan. I do hope they are successful in creating their objective of transhumanism so they can live forever. That would certainly give new meaning to life in prison when this is all said and done.