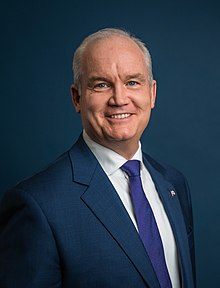 COMMENT: Hi Mr. Armstrong. Hope you are well Sir.
My name is [R]. I wrote you a few years ago. Writing you from Canada.
Just a note on our election here.
Erin O’Toole leader of the Progressive Conservative party, is just like Trudeau without the hair and charisma. Same policies. Loves the UN, radical environmentalism and mass immigration. He may be prone to less gaffes, but he is just as bought by the globalists, billionaires and the UN as Trudeau is.
The Canadian electorate is not an informed or critically thinking electorate. A good chunk of the population still believes the mainstream media narrative. If they real thinkers, leftist parties would never win a seat. Replacing Trudeau with O’Toole makes no difference. One would stab you in the back and lie he said he did not. The other would stab you in the back and claim the other guy did it.
O’Toole’s campaign manager is Walied Soliman former UN “citizen” of the year who has deep ties to the Muslim Brotherhood.
O’Toole got rid of every real conservative since becoming leader and whipped his caucus to accept everything he stands for or leave the party. He has been silent on numerous injustices here including the burning down of almost 60 churches here nationwide. He rid his party of actual “conservatives”. There are only progressives left and those who love their pensions. O’Toole agrees with Trudeau more than he disagrees and he is supposed to be the Opposition.
It is really the uni-party here vs. the PPC; all hard left wing authoritarian parties, including one leftist separatist party (the Bloc party in Quebec). All leftist parties would eventually force mandatory vaccinations for all here, as Trudeau has recently said as much.
I am a founding member of the PPC from back in 2018 and I have written the leader Maxime Bernier many times and given him my best ideas. I do not even consider the PPC a “right wing” party. That is what the state media calls it. It is just a party of patriots who love Canada and want to see common sense policies that bring prosperity back to our nation. Canada has essentially been on the decline since the mid 1960’s when the socialists hijacked it for their globalist purposes.
I am not sure if our vote counting system here has been compromised. But I know it is in our corrupt government’s sights. I wrote Elections Canada a couple of times and demanded that this election we need their staff and leaders to be extra diligent. However, I am not at unawares that it is easy to bribe people as a look at last year’s American election sure shows evidence for that.
The PPC was banned from the national debates because Trudeau demanded a rule change and paid off the debate organization with ten million Canadian tax payer dollars. The corporate media either ignores the PPC, misrepresents them or slanders them. And big tech censors members.
Even with all the adversity, the PPC is still growing in popularity.
I understand in part the globalist power structure that wants to keep the Canadian population enslaved. However, having hope, even if it is a fool’s hope is still hope. The good thing about all the adversity is that the population is finally waking up.
Thanks for your time and may the good Lord continue to bless you.
Yours sincerely,
RS

ANSWER: It is a shame that the Conservatives offer no real alternative to Trudeau. It is like that song from the British girls, MonaLisa Twins that they bought a politican and they bought the opposition just in case. I find it interesting that sometimes in music like this they really do hit the nail on the head. They are obviously targeting Bill Gates, but in Canada, they have eliminated the opposition.