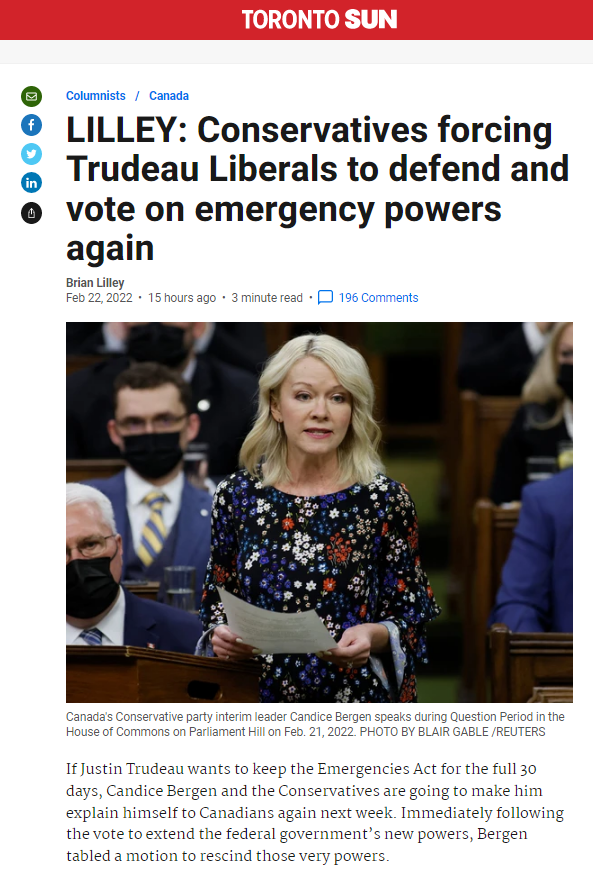 Schwab has been very proud that he has infiltrated the Canadian Government. What the Conservatives should be demanding at this point is all communications between any of the Liberal Government members with the World Economic Forum and Klaus Schwab even personally.

Both Chrystia Freeland, who is Canada’s Deputy Prime Minister and Minister of Finance, and Mark Carney are actually board members of the World Economic Forum which is on public record that its goal is to even overthrow the United States government and create a one-world government with the United Nations at the head.

If Freeland and Carney, being board members at the World Economic Forum, openly agree with what would be treason in the United States, what are their true intentions in Canada? I am shocked that the people are not storming the palaces of the Liberals for they have crossed the line, refuse to explain their justification, and refuse to relent on their powers that Freeland is already suggesting will be permanent financial constraints. Freeland is unfit to lead any country outside of communism. She has been freezing accounts of anyone who has supported the Truckers as well as journalists. Meanwhile, the Ottawa police acted on orders no different than the Nazis threatening to smash windows and arrest store owners who serve the protesters. Remember Kristallnacht when they destroy stores owned by the Jews in Germany?

Freeland is a total disgrace to any democratic state and should be removed from office immediately! This by no means is representing the people of Canada. This is pushing a foreign agenda. Just look at also Australia and New Zealand. This is an effort to impose Schwab’s economic theories by sheer force. Freeland and Carney have betrayed their own people for a foreign autocratic academic with dreams of grandeur.