Why Britain Use to be the Financial Capital of the World 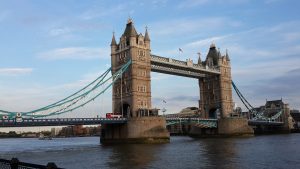 QUESTION: Why was Britain the financial capital of the world before the first world war? Are you saying it was not their gold reserves?

Thank you for the clarification

ANSWER: It was never the British gold reserves. It was the unique talent of the British who were traders in the city by nature. Perhaps it was a cultural aspect that made London the trading capital of the world compared to other cities, and the United States learned this trading instinct from the British.

Prior to World War I under the gold standard, global finance was really a hybrid public-private system. From the public side, 59 nations took part in the system. The private side was where the rules of engagement existed with credit risks and boundaries within private businesses and banks. Individuals could access the financial markets to facilitate trade both internationally and domestically. Yet, the central banks whose coordination and mutual assistance kept the gold standard operational were nominally private entities at this point in history.

London had emerged as the financial capital of the world before the war. London was of critical importance for its large financial institutions emerged as clearing banks for worldwide trade, which grew in importance and with that their gold reserves. London exercised great influence on global financial market conditions much as New York does today during the Post World War II era.

In the event of a crisis, central banks would find themselves torn between two responsibilities. Defending their currency’s parity with the edifice of the international gold standard demanded rises in interest rates to maintain confidence in the currency and an adequate supply of money and credit to prevent a depression.

This was a policy objective that had its own internal contractionary effects. The problem of being the lender of last resort for their banking system to prevent bank failures by supplying emergency liquidity would require an expansion of credit and a lowering of interest rates. The system was without a clear balance and indeed, monetary history demonstrates that central banks of Europe were never able to achieve perfect harmony.

As Europe cascaded toward war in August 1914, these economic policies of the central banks came into direct conflict with one another. Under a gold standard, money could not simply be created and the cost of funding a war would, in reality, depleted the national resources. If a nation-state tried to remain within the gold standard system, its economy would contract and a collapse of the credit system would bring a halt to private commerce.

The other choice was to abandon the gold standard for at least the duration of the war, which would put at risk the costs of regaining parity into an unknown category sometimes into an uncertain future. 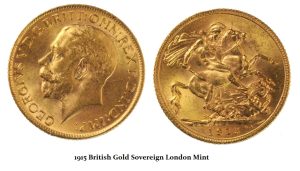 London was the linchpin of the global financial system for it was the Financial Capital of the World prior to World War I. The real power behind the British pound was the international reach of the British Empire. London became the center of the financial markets which dominated the world economy. The city of London and the financial expertise of its traders and bankers were the real power that supported the British Empire, not its politicians nor its actual gold reserves.

There were five major merchant banks that dominated the world financial markets. They were the Rothschilds, Barings, Morgans, Kleinworts, and Schröders. Interestingly, at the peak of American power in 2007, there were also five investment banks – Goldman Sachs, Lehman Brothers, Bear Stearns, Morgan Stanley, and Merrill Lynch. Perhaps “5” was a lucky number. 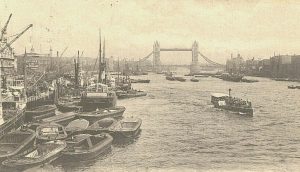 The top-five British firms in 1914 were involved in finance and underwriting ventures on a worldwide scale. There were also major banking institutions with large balance sheets such as Westminster (£104m), Lloyds (£107m), and Midland (£109m) which all had millions of depositors.

London was the financial capital of the world with the largest and most liquid markets globally. London funded world trade, discounting of bills of exchange with a daily volume prewar of over £7 million per day. London also maintained the secondary market which funded world trade which meant that 60% of all world trade went through London. They also provided for the extension of long- and short-term loans.

Then there were the insurance contracts that went through London which amounted to an astonishing two-thirds of global maritime deals were handled in Britain. Of course, London was also the capital of foreign exchange transactions. Even back then, 70% of the entire global telegraph cable network was operated by British companies. To this day, all the claims that if London left under Brexit, the banks would move to the EU is a joke. Neither Paris nor Frankfurt can offer the infrastructure needed for major international business.

The system was based on the top investment banks, the main commercial banks providing the capital and money market functions as well as market-makers which brought together suppliers and buyers of credit. This network was connected with the regional savings banks and trusts, and then there was the next level of moneylenders, stockbrokers, discount bills of acceptance houses, and the insurance companies such as Lloyds of London. This structure is what made London dominant in the world of finance.

In Paris, the largest bank was Crédit Lyonnais (at $550m in 1913) which was, in fact, the largest financial institution in the world at that time. This was followed by Société Générale ($460m), and the Comptoir National d’Escompte de Paris ($365m). In Berlin, which was the third financial center in Europe in size, the primary institution was Deutsche Bank ($545m), with the lesser institutions being Disconto Gesellschaft ($281m), and Dresdner Bank ($350m).

Sovereign lending in Germany at this point in history was the small market of private investment houses such as Mendelssohn & Co. and Bleichröder. Germany was no match for Britain when it came to a financial structured system.

In the United States, the financial system was similar to that of Britain, but it was bigger in the customer base yet very regionalized. On Wall Street, the power rested in the hands of Bankers Trust, the National City Bank ($277m), and the Guaranty Trust Co. of New York ($230m). These were the banks that provided the bulk of industrial financing. They competed against the investment banks of J.P. Morgan & Co., Kidder Peabody & Co., Lee Higginson & Co., Kuhn, Loeb & Co., Speyer & Co., and J. & W. Seligman & Co. These banks would prove instrumental in the international financing of the Entente—and the relative lack of external debt finance for the Central Powers.

Therefore, Britain was NOT the Financial Capital of the World simply because it had gold reserves. It was the expertise of its traders and bankers in conjunction with the development of insurance which facilitated trade and shipping. But the fact that London was also the center for Forex trading, contracts were typically settled in London on world trade.