Thousands Protesting in London – It’s All for Nothing without Freedom! 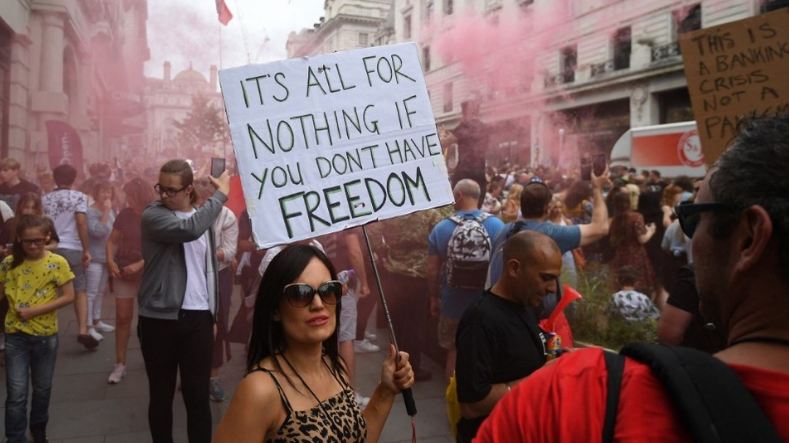 Thousands are marching in protest once more in London and as usual, you have to turn to RT of the Russians to get the truth. Sources have been warning that Johnson wants to use the variants arising to impose lockdowns into the Spring of 2022 and it is really for the Great Reset and a climate lockdown pretending it is COVID.

For once, the BBC has reported there even was a protest.  I suspect that this ONLY took place because protesters began to chase a BBC journalist who allegedly betrayed his own people. The London Mirror called it “Terrifying scenes as BBC journalist chased by anti-lockdown ‘mob’ during protest – Prime Minister Boris Johnson condemned the actions of anti-lockdown protesters who harassed BBC journalist Nick Watt and called the footage ‘deeply disturbing’.”

If it were not for that “terrifying” act, the BBC would never report the protest. These journalists clearly do not know their history for it will become terrifying when they start dragging journalists out and hanging them as they did during the Russian Revolution

The real question is simple. When will the journalists STOP the fake news are actually report the truth instead of putting the lives of everyone at risk and our economic future? The view that mainstream media is all FAKE NEWS is not confined to Donald Trump. This is a worldwide crisis in the media and free speech.