COMMENT: Mr. Armstrong; I voted for remain. Contrary to the post of a very biased Brit, there is a “rift” and the person who arrogantly wrote to you clearly lives in another world. I have changed my mind and would vote to leave. What you simply wrote that Merkel made the decision on refugees by herself makes the point better than anything. We have no control over our destiny and any other leader can alter our country and we have no right to vote. I work for _______ and they did not believe your forecast that the pound would retest the par level. They laughed and said that was impossible. With the closing today, the laughter has stopped. 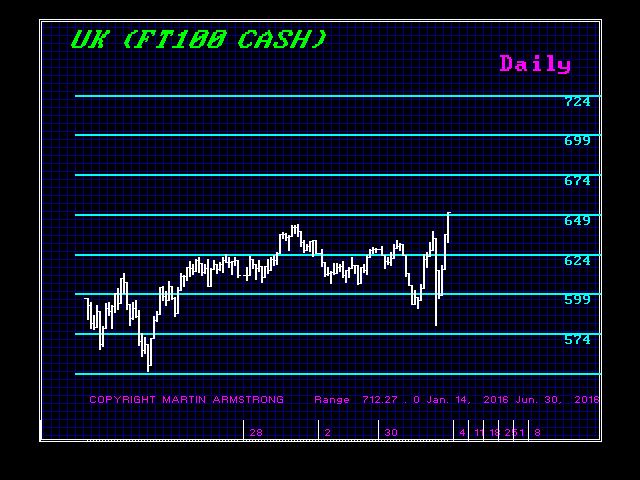 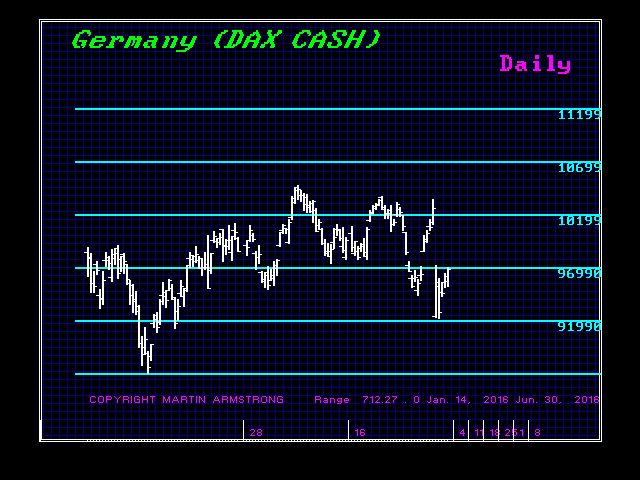 REPLY: There are people who are Labour or Conservative who simply vote whatever their party tells them. We have the same here with Democrats and Republicans. There are just hardcore people who never listen to facts and no matter what you show them, they will never change their minds. I have learned just to walk away. They are not worth even talking to. They are mindless fools who politicians prey upon to retain power.

The decline in the pound is a VERY GOOD THING for it will stimulate your economy and save it when you need it the most. The closing today was the lowest in sterling since the 2nd quarter of 1985. The strong dollar is what will bring the US economy down. Capital inflows will pump up the dollar. As the dollar rises, stocks will benefit and foreign capital will be attracted by that move. If you look at the performance of the FTSE today compared to the DAX, you will see that this is currency inflation. The decline in the value of the pound means tangible assets will rise in proportion to the decline of the currency.

The financial calamity will unfold. As long as Britain stays out of the EU, it will be continental Europe which collapses.

« British Politics in Disarray?
Can Rating Agencies be Trusted? »