The Fate of Britain Special Report 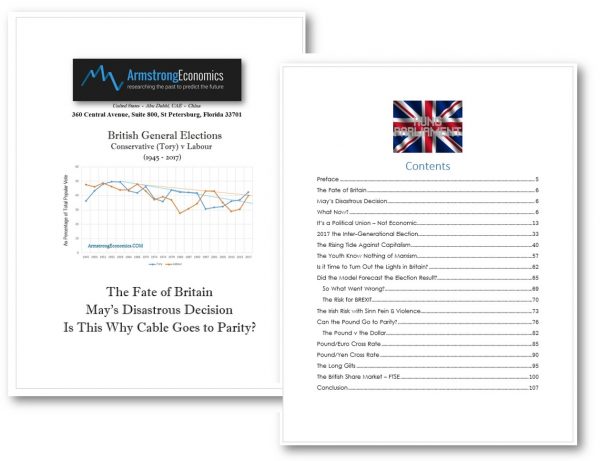 The Fate of Britain is an extensive report on BREXIT and the problems that are faced. The pro-EU faction has the upper-hand and they really could care less about what the people voted for. The view of government concerning the people has always been that they are stupid and ignorant of what is best for them, and they believe that democracy is a fictional dream. From that perspective, politicians have been promising everything during an election and rarely keep their word. The Fate of Britain concerns the economy, gilts, and the currency along with the share market.