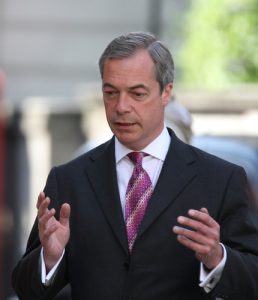 Nigel Farage’s new Brexit Party is now the second largest in Britain. The Conservatives still topped the YouGov poll with 24% of the vote, but they were boosted by the prospect of Boris Johnson, who is a Brexit believer, as the next Tory leader. The prospects for Europe remain up in the air as Brussels still refuses to reform and is looking to punish Switzerland as an example for Britain. But trying to exclude the London markets as a place Europeans can invest will cause a major economic decline for Europe rather than London.

« Is the Gang of Four Trying to Start Race Wars?
The Squad of Four is the Reason there are Directions on Shampoo Bottles »