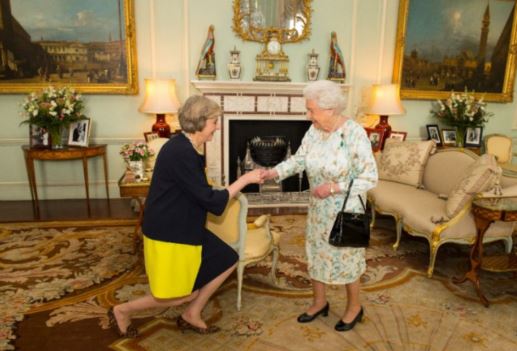 heresa May became the new Prime Minister of Britain on Wednesday and formally met with the Queen to ask permission to lead her government. May is now embracing BREXIT as such members are dominating her cabinet and on top of that, May made the main Brexit campaigner Boris Johnson her foreign secretary. May is positioning Britain to exit the EU. This is fantastic news for Britain may survive rather than be dragged down by the collapse of the EU. This would be a restoration of economic sanity.

While the British pound will still move lower as the world economy implodes, forcing the dollar higher, the pound will survive compared to the euro which is off to the emergency room.

The Brits who thought staying in the EU was doable will gradually see the real crisis unfold. As the EU banking system is in shambles, they will quickly see that extracting Britain from the EU was the only viable option.