A massive rally took place also in London demanding an end to what they call is a hoax. They are telling the politicians that “people are coming today to make their voices heard against mandatory vaccinations, mandatory masks, mandatory anything really. No more lockdowns, no more second wave business.” The resistance to this absurd over-reaction is massively rising around the globe. With a British population of about 67 million, 40,000 deaths are minimal. There are around 32,000 stroke-related deaths in England each year. They do not require mandatory statins to be taken. Nor do they do not shut down the economy for that. 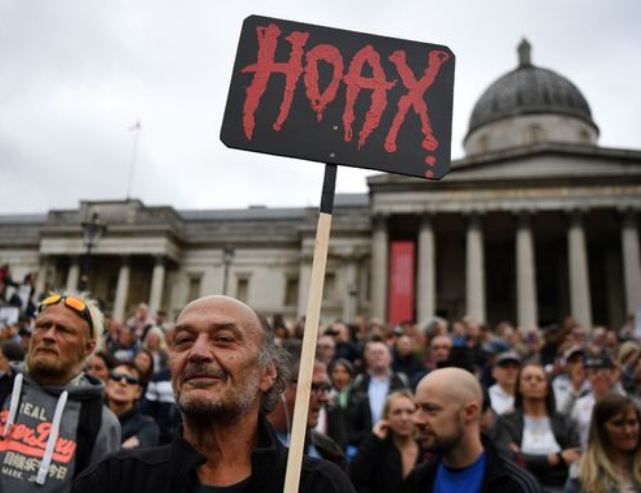 Heart Attacks cause 27% of all deaths in the UK; that’s nearly 170,000 deaths each year. That works out to about 460 people each day die which is one death every three minutes. Around 44,000 people under the age of 75 in the UK die from heart and circulatory diseases each year. (bhf-cvd-statistics-uk-factsheet) That is far more serious than this Coronavirus. It is hard to argue this is not a hoax to move toward a new world order of authoritarianism. Many have deep concerns about Bill Gates because he has also taken stock positions in all the big pharmaceutical companies since 2002 like Merck & Co., Pfizer Inc., and Johnson & Johnson. Pfizer will have a vaccine up for approval by October. They really should distance themselves away from Gates to have any credibility.