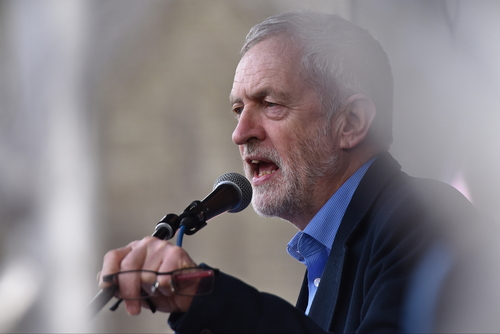 There is a lot going on in Britain. Many fear that Jeremy Corbyn will now win because Theresa May has made a real mess of BREXIT. Consequently, the Telegraph is reporting that Britain’s wealthiest individuals are preparing to leave the country. The fear that Corbyn will take over Britain as the prime minister is rising. He is so left-wing that the #1 question coming from the UK is whether a win for Jeremy Corbyn could be the reason the computer has been projecting the fall of the British pound back to 1985 levels. It is clear that Corbyn just hates the rich. What he preaches has failed, but it does not matter. People like him just feel better hurting others.

Prime Minister May plans to submit another proposal but she is just resubmitting the same ideas rephrased. If she fails this time, the conservatives will ask her to resign. That could take place in June/July giving rise to some very interesting volatility overall.