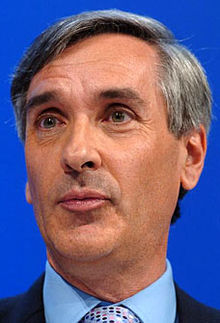 John Redwood, a prominent and experienced Brexit MP, posted on his blog today (http://johnredwoodsdiary.com) about doing an interview on British Press:

The BBC wants to change the news, not report it

Yesterday I was phoned to be asked onto the BBC Radio 4 Today program this morning. They said they wanted me to answer questions about how the election would change the UK’s ability to negotiate a new, good relationship with the EU. I was happy to do so, and said I could make any time at their studio. It seemed like a good topic, and central to what the PM said about her reason for calling the election.

They then proceeded to ask me a series of questions all designed to get me to disagree with the UK negotiating position and Prime Minister. I explained that I supported the PM, agreed with her Brexit White Paper and stated aims, and suggested if all they wanted to do was to criticize her, they should approach the opposition parties. They continued to try to get me to disagree. They did not seem to have read the White Paper or the PM’s speech on the topic, so I had to tell them what was in them and why I agreed with them.

She did not of course bother to, as it was clear I was unwilling to feed their view of what the news should be.

I then found that another Leave supporting Conservative MP had been given the same treatment, and he too had thought the BBC were trying to change the  news rather than report the position. When I came to do a live interview on some other BBC program, I was faced with the same stupid thesis and had to explain on air how wrong their idea was.

I do not know who is feeding the BBC this nonsense, but it is frustrating that they do not accept the truth from those whose views they claim to be reporting, and do not bother to get back and openly say they do not want you on because you won’t say what they want you to say.