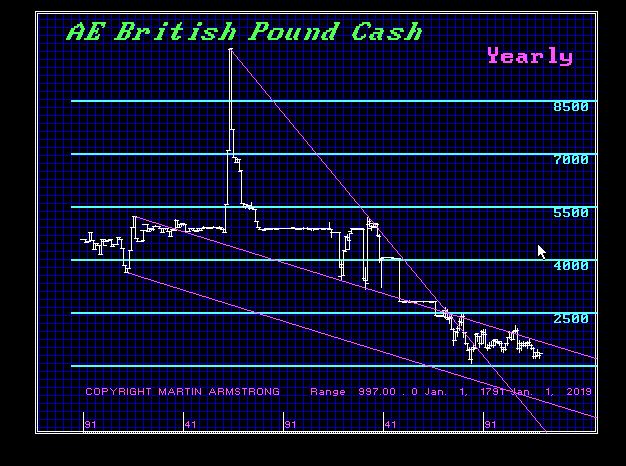 I have received a lot of emails from Britain asking if Boris is the new reason for the collapse of the pound. Fundamentals always emerge to support the projected trend. Boris is approving contact tracing which will undermine the economy dramatically. This is a plot by the socialists to realize their Marxist dreams. The press is so intensely keen on keeping COVID as a national security threat that it is really hopeless.

The British pound appears to be still destined to break the 1985 low. However, we first need the false move with the dollar down to trap everyone into short-dollars and then this will flip around. Contact tracing and certificates to prove you do not have COVID will end tourism for Europe. No Americans will be traveling there if they have their way. The stupidity of Boris and other European world leaders is beyond description. I think I have seen London for the last time already.

We are in a battle with the socialists on an unprecedented scale. They are deliberately destroying businesses under the pretense of the New Green Deal.