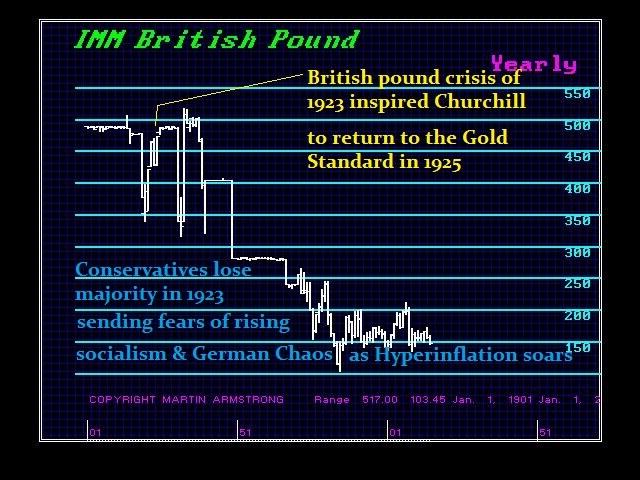 COMMENT: Mr. Armstrong; I was against BREXIT. I understand your view that Britain would be dragged under by the turmoil in Europe. I assume this is just your opinion on that matter. Are you contradicting yourself here? 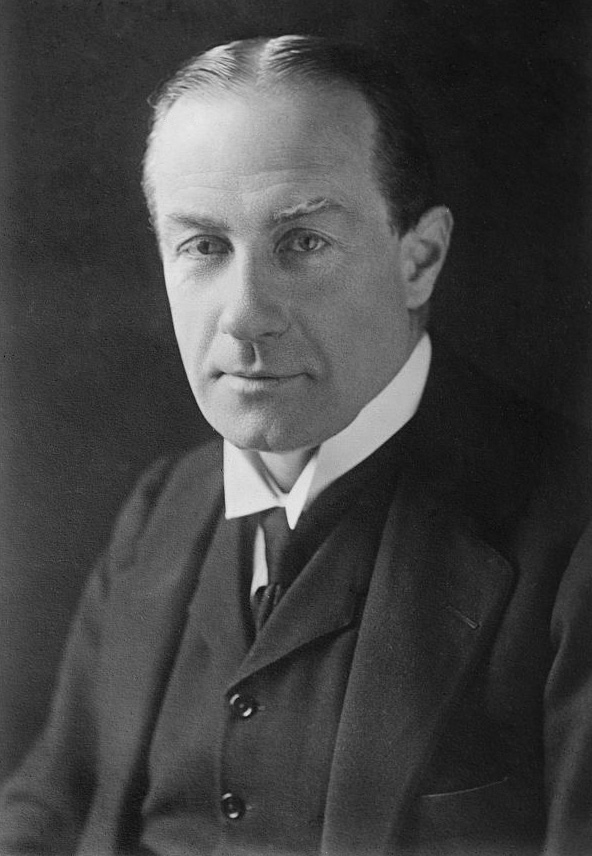 REPLY: No. It is not my “opinion” that perhaps Britain would be sent into an economic decline with Europe. Britain has routinely been influenced by trends in Europe that are not directly caused by trends in Britain. I have warned that fundamental logic really means nothing at the end of the day, for markets are driven by anticipation. Most traders are familiar with buy the rumor and sell the news, which reflects that reality. Nevertheless, we need only to open the history book to see that Germany’s hyperinflation seriously impacted Britain, and in fact, was the leading logic behind Churchill returning to the gold standard and subjecting Britain to austerity in 1925. 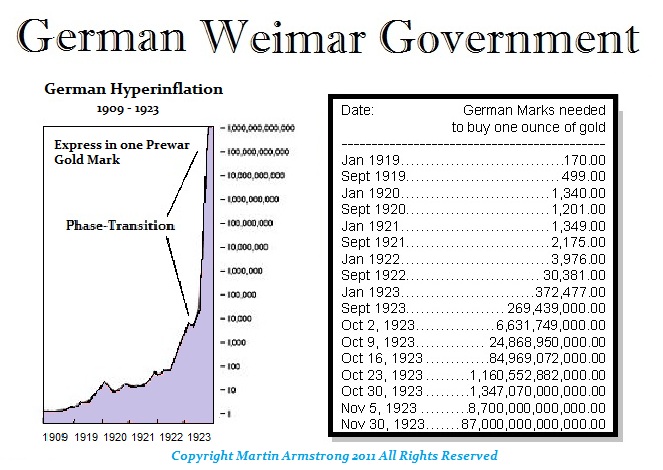 Germany’s hyperinflation in 1923 sent shockwaves throughout Europe, as there was a strong rise in socialism. Stanley Baldwin (1867-1947) became Prime Minister under the Conservatives on May 23, 1923. He made the fatal mistake of calling for a general election on the tariff issue. The rising trend of socialism in Britain following the rise of Marxism with the Russian Revolution in 1917, and then the German Communist Revolution in 1918, sent fear running through capitols in Europe. Baldwin misread this trend and largely dismissed it. He called for a general election, assuming he would end the issue of rising socialism. The British pound began to collapse, falling from $4.70 initially down to $4.54 by August. The combination of events such as Germany’s hyperinflation, the pound being off the gold standard since WWI, and the Labour Party’s rising socialist agenda joined forces to send the pound crashing down to about $4.27 by year-end, nearly a 10% decline. The collapse of the British pound during 1923 precisely follows the collapse of the German currency between September 1923 and December that year on a timing perspective. 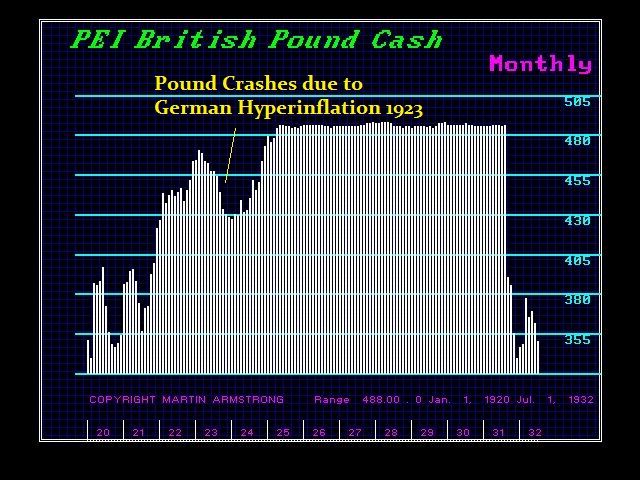 The general election was held on December 6. The conservatives won, but they lost their majority. This was devastating for the pound, as people feared that Britain could go the way of Germany if the Labour Party took control. Capital simply fled and it hopped on every available ship to the United States. Ramsey MacDonald formed a minority Labour Government at that time, and he later became the first Labour Party Prime Minister in 1929 an was behind the British default in 1931. He was one of the founders of the Labour Party constructed on Marxism. The Labour Party finally lost power only 51.6 years later when Thatcher began dismantling state-owned enterprises. Even Tony Blair did not return to the extreme left politics of the old Labour Party.

Things were looking better after the hyperinflation in Germany subsided as 1924 appeared on the horizon. The pound began to recover, but it was not until another general election was called on October 29, 1924, that the Conservatives defeated the Labour Party and won back their majority.

The pound crashed on ANTICIPATION of Labour rising and the possibility of Britain going in the direction of Germany. That did not happen in 1923, but the fear of that possibility sent capital fleeing Britain. Hence – buy the rumor and sell the news.