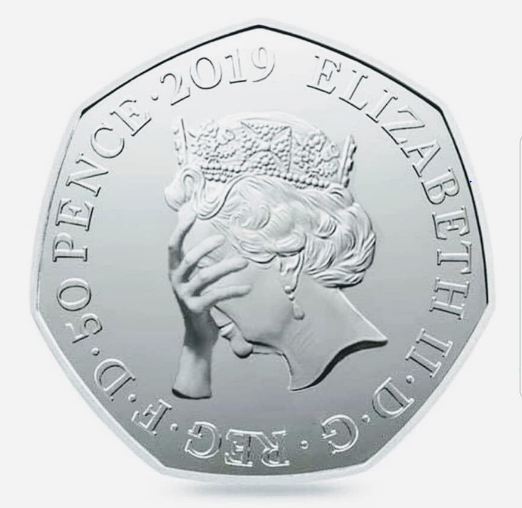 After months of political deadlock, the House of Commons voted by 413-202 last week to ask the EU to delay Britain’s exit. Prime Minister May has simply refused to listen to advice and keeps hoping that Parliament will surrender to her. Normally, after such a defeat, Prime Ministers would resign. But May withstood a no-confidence vote last year and cannot be challenged until December 2019. If the EU tries to force Britain to surrender, then there remains the risk of a hard-exit come March 29th, 2019.

The EU is fighting for its survival. To see Britain crumble would bring them great joy and they could use this against Italy or anyone one else who dares to think about leaving. Indeed, in recent days there has been a chorus of warnings coming from the key EU figures. They are kicking Britain when it is politically impotent and they are demanding that any British request for an extension of the two-year negotiating period must come with a “credible” plan for next steps. This appears to be deliberately trying to force Britain to capitulate and remains in the EU as a second rate member at best.

The European Council president, Donald Tusk, has said the EU wants a “reasoned” request for an extension, while Guy Verhofstadt, the European Parliament Brexit co-ordinator, said there must be a “clear opinion” from the House of Commons on what it really will accept. The vote in itself won’t prevent Britain from a hard exit. Actually, under the law, Britain will leave the EU on March 29th, with or without a deal. What the Eu is now gambling on is that Britain will be unable to come up with any plan that they would accept so they hope the stark choice between a hard-exit and an outright cancelation of Brexit altogether will mean the EU wins with the latter.

« PRIVATE BLOG: BREXIT – Hard Exit or Cancel
PM May to Join Left Against Her Own Party? »