BREXIT & the Attempt to Delay until January 2020 ECM Turning Point 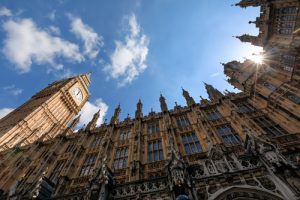 Prime Minister Borris Johnson had wanted an election on October 15, but Labour and other opposition MPs would not back the move while the option of a no-deal Brexit on October 31 remained open to the PM. The House of Lords said it would pass the legislation by Friday. 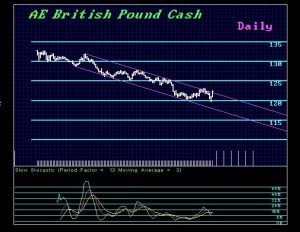 The British pound rallied on the defeat of the PM clinging to the notion that leaving the EU is somehow bad for Britain. It remains the same old dire predictions they used back in the nineties when Britain was not going to surrender the pound and adopt the euro.

While our models indeed pinpointed a Directional Change with rising volatility into the week of 9/16, the pound has held the October 2016 for now, but a close for September below 12350 keeps the pound in check.

This idea of trade being so important is really quite insane. Nevertheless, Trump has not helped by trying to create jobs with his trade negotiations. China will listen to the US news which will show Trump losing 2020 even if you put a monkey up as the Democratic candidate. The press is so against Trump that they will turn this trade issue into real insanity. Likewise, this aids those in Britain desperate to keep their perks and pensions in place so they are selling out Britain for personal gain using the same issue as trade. 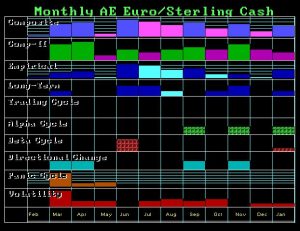 So far the Euro/Sterling Cross has been following the forecast array perfectly. The low was March followed by the breakout May/June with a Directional Change due in September. The next target is November followed by January.

What is very clear is that the financial markets are far more afraid of Labour taking power than BREXIT. We do not see any reversal of fortune for the pound and its long-term decline before 2021. Labour has become extreme. They will most certainly destroy the capital formation in Britain perhaps once and for all.

« The Propaganda Trade on the Pound – History Repeats
Was the Labour Government the Cause of The British Pound Losing Reserve Currency Status? »