The peaceful march in Victoria with the cry “FREE VICTORIA” from the tyranny of Andrews showed that 10s of thousands of people came out risking arrest from the ruthless police that claims to be just following orders as the Nazis did in executing Jews as they try to pretend they are not the problem. I have said many times that UNTIL the police wake up and defend the people against tyrants like Andrews, then freedom vanishes. They will abuse the people and hide behind the slogan they were just following orders when they swear an oath to defend the human rights embodied in international law. There is no way Andrews will win an election unless he bans elections and rigs them. 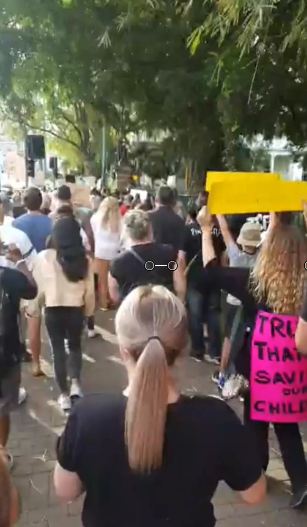 The interesting thing is Trump is far more popular outside the United States for standing up against this hoax. Here you will even see signs “TRUMP THANKS FOR SAVING OUR CHILDREN.” These are not pictures Bill Gates and Klaus Schwab want to see for their tyranny will come with a very heavy price.