If You Want to See A Police State – Look At Australia 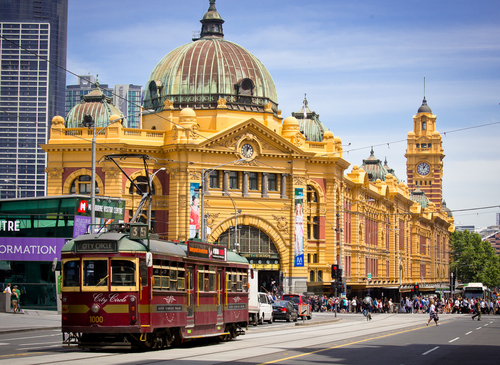 I loved Melbourne (Melbin as they pronounce it) and flew there often to meet with mining companies and business leaders. The city with its trams and unique way of driving was always a delight. Now, it is very clear, I will never see that city again. The Police in Melbin are simply supporting the government and appear to be enjoying their new power to run Australia as if it were East Germany behind the Berlin Wall. The oppression of the people in Melbin is truly a violation of human rights. The very same actions have been used as the justification to invade dictators in the Middle East. The police outright attack people and are now arresting people who dare take a walk and give them a full dose of pepper spray. They have even locked up people who simply gave another a hug. The government has stated that wearing masks may be a permanent change to daily life for years to come. This is the overthrow of democracy and the only way these politicians will retain power is to suspend elections.

There have been serious economic impacts caused by these drastic lockdowns in Melbourne which are even affecting people emotionally. Groups are now forming in the western suburbs where people are walking en masse in Guy Fawkes masks. They are planning a protest for the 5th September, which they are calling it Freedom Day. The police are saying if you attend you will have no freedom. It is shocking how the police in Melbourne seems so grateful to be able to act with impunity to do just about anything to people.
Categories: Australia & Oceania, Tyranny