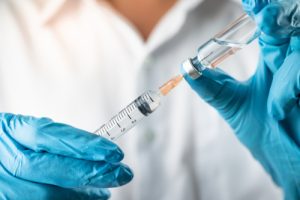 Australia imposed some of the harshest lockdown laws in the world. They built quarantine camps and forcibly imprisoned citizens. They mandated the “safe and effective” vaccine – and now, they are offering to cover the funeral expenses of those who have died from the jab.

This is not a parody. The Australian Government has implemented a claims scheme to enable eligible claimants who have received a TGA-approved COVID-19 vaccine to obtain compensation for recognised [sic] moderate to severe vaccine-related adverse events,” the Department of Health and Aged Care said, as if the people should thank them for murdering their loved ones and protecting the killer who they enabled.

They even have different criteria for “harm” based on which deadly vaccine the victim took.

Then the government goes into detail about how to calculate the cost of a funeral. These guidelines paint the Australian government as a cold and heartless dystopian entity. Also, good luck finding a doctor who will help you file a claim. One criteria is that the victim needed to be admitted to the hospital. If they were not admitted (say, they dropped dead from a heart attack), then the doctor must file a claim on their behalf. Secondary injuries such as fainting or hematoma are not covered. They made a point to note that psychological injuries and not covered as well, despite the rise in suicides that occurred. Dying from COVID itself is not covered, although they claimed that the vaccine would keep everyone safe from harm.

The government killed its own citizens without apology or remorse.