Gifts for Children of Woke Parents 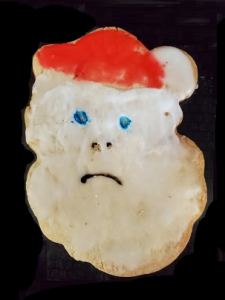 The Babylon Bee created a hilarious gift guide for children of woke parents:

1) Brand new gender: New genders are so hot right now. We would urge you to grab one before they run out, but honestly, there will always be more genders.

2) Allowance increase followed by tax increase: This valuable life lesson will impart to your youngling the wisdom found in pretending to give while actually taking.

3) Battery-powered police car to flip over and set on fire: Progressive children love acting out violently in the name love. This flammable gift is perfect if your child was too young to burn actual police cars back in 2020.

4) Crowbar and a ride to Nordstrom: Unique experiences are the most precious gifts you can give your child. This gift offers a hands-on understanding of where progressive policies have led.

5) Playskool Dr. Fauci Shrine™: Turn your child’s dresser into a sanctuary of reverence toward the benevolent Dr. Fauci. These are flying off the shelves, so grab one quick!

6) Twitter account: Hey, your kid is never too young to learn the ins and outs of Twitter, including public shaming, cyberbullying, destroying careers, and contributing to a giant cancerous tumor of hate.

7) Vaccinate Me Elmo™ doll: Have you seen the commercial for this toy? What a great commercial.

8) Coal: This will prevent conservatives from burning it in power plants and destroying the planet!

9) Chairman Mao pop-up book: Let your child’s imagination be filled with stories of the beloved revolutionary who called for equality and fairness for everyone besides the 80 million who died under his rule. (Avoid Tuttle Twins books at all costs)

2) That ball-in-a-cup game: Unfortunately supplies are low, so you’ll have to make this yourself with items you find around the house, such as a ball, as well as a cup.

3) Anything you got at Nordstrom during your last smash & grab: Did you go looting in the name of social justice? Just give away those penny loafers you took!

4) Your parents’ borrowed Netflix password: Time to pay it forward!

6) A small chalkboard: This is basically the same as an iPad. Cool!

7) Love: Give the most precious gift of all: Love! Who wouldn’t want that? And it won’t break the bank!

8) A pet lobster you bought from the Red Lobster tank: This is every kid’s dream pet, and a valuable opportunity to teach them the effects of serotonin levels in the brain.

10) A TV show like The Tuttle Twins that will warn your kids about the dangers of runaway inflation: Maybe your kids will grow up and fix it someday!

« I will Survive Fauci
The Grinch Experiences Adverse Vaccine Reaction »