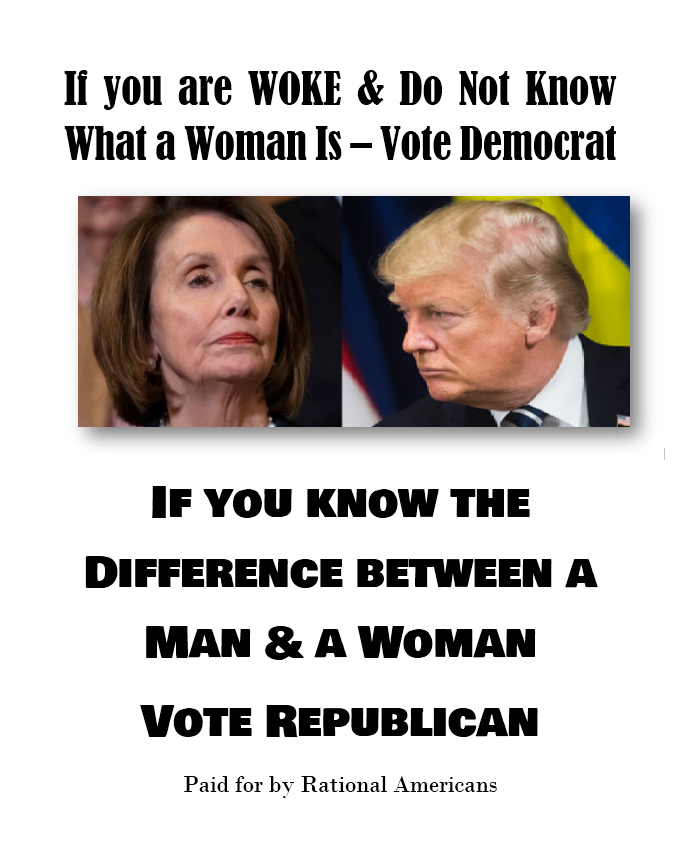 Since we no longer know the definition of a woman, then why are the women coming out to protest against overruling Roe v Wade? This is obviously no longer a woman’s right. I guess under this slogan, does that mean Hillary will have to vote Republican? To think, Jeffrey Epstein was killed before he could have argued to prove they were a woman. This just gets crazier by the day.