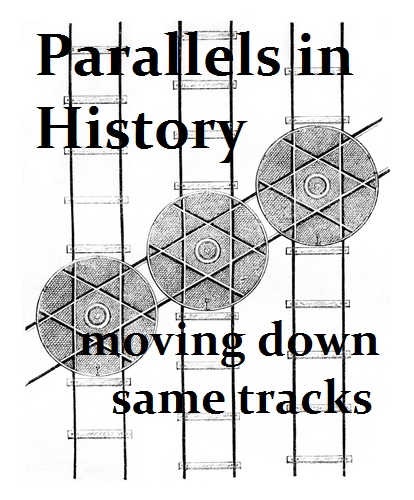 QUESTION: Hi Martin
Since you have a detailed grasp of world history. Can you provide any insight to any parallels with Trump’s election to any period in the past.
PS- Thanks for the great insights on gold and the DOW.

ANSWER: There are countless parallels, far too many to list. Many are partial and others are very similar. There are many parallels to Ronald Reagan insofar as Trump gathered the fiscal conservatives who voted for Reagan and were marginalized by everyone else ever since. Reagan was also an outsider and the rumors were he was a “hawk” and would start World War III. The Washington crowd hated Reagan and feared he would disrupt their corruption. Even if you look to the Venetian Empire, when the Dodge died, his estate was seized and investigated for any corruption he engaged in before his heirs would receive anything. Nobody is seizing Hillary’s estate, but the pervasive corruption she engaged in has had many such parallels throughout history.

Even in Roman History there are parallels from Julian II and Diocletian. Both faced massive political instability and corruption. The assassinated Julian II but allowed Diocletian to become the first Roman Emperor to retire.