Thank you EVER SO MUCH for everything that you do even for ordinary folks like me who are not traders but just want to have a good grasp of where to put their money. I have already learnt a great deal by merely following your blog throughout the last two years, and I’m eagerly anticipating the investor level of Socrates. Merely from looking at how it’s supposed to work on your website is mind-blowing! Thanks for the incredible work that must go into this amazing project.

Concerning the pressure exerted by banks on Romanian politicians I find it really intriguing that these days banks usually (at least, here in Germany) may put stipulations in their mortgage contracts giving them the right, under certain circumstances, to re-evaluate the value of your property, if this has increased in terms of your currency, and to adjust your mortgage accordingly. Interestingly, they weren’t allowed to put in such stipulations before the Euro was introduced. Clearly, the banks want to have it both ways, so I agree with you when you say: “The bankers want no risk and will screw the people every time. This law is fair as the banks sold mortgages without guidance.”

What still confuses me sometimes is that assets may rise even in a deflation, but I suppose that’s due to an asset inflation then which is to do with the political climate calling for a flight to assets, correct?

ANSWER: Correct. The banks did not believe in the euro. Even the German Central Bank was against the euro. They could not speak out back then so there were people inside who were feeding us all the inside info to get it out. We published a lot back then and the commission even attended our conference in London in 1997. This was, in part, the primary reason for that hidden clause which never got much press. Trying to cope with pricing cross currency has always been a huge problem for corporations as well as banks. Not every mortgage has such a clause. However, if a country were to exit the euro, the mortgages would most likely be revalued by political dictate rather than a free market.

We can still experience “asset inflation” during a deflationary move for one of two reasons. First are commodities that can rise due to a sudden shortage in supply, such as in an agricultural produce when a crop is destroyed for some reason. Second, asset prices can rise during a deflationary wave because taxes are rising and banks become untrustworthy. Then money seeks merely to park. It is not a speculative boom whereby people are expecting to make money on a rise. This is the typical capital flight to quality where assets replace government bonds. The typical assumption is that Rome went through hyperinflation during the 3rd century simply because the coinage was debased. Yet, hoards of the debased coinage are common during this period. We rarely see hoards of the debased mixed with the old silver coinage. The hoard we purchased covered the period of 250 AD up to 285 AD. We bought this hoard for study because it was perhaps the widest span of time of any hoard. Most seem to be 270-285 AD period. This demonstrates that they hoarded even the debased coinage. Therefore, it was beyond merely debasement. This was the massive invasions of barbarians at the gates. 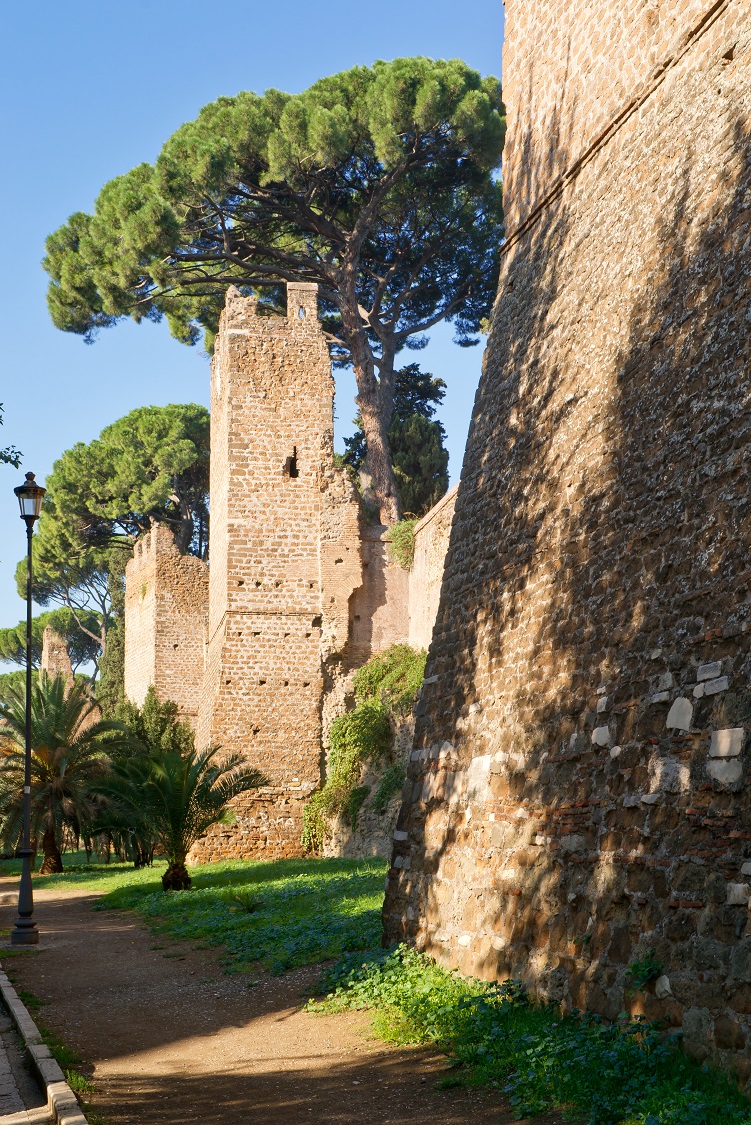 If you travel to Rome, you will see its walls are largely intact in many areas. They were constructed by the Emperor Aurelian (270-275 AD). Banks could not be trusted and there was a question of whether government could even defend its people. It was not merely the debasement. The debasement became necessary because of massive hoarding which created deflation. The inflationary wave came AFTER the contraction bottomed. This is when we see the wage and price controls of Diocletian (284-305 AD) issued in 301 AD. This curiously was 51.6 years after Trajan Decius (249-251 AD) came to power. Decius was the first Roman Emperor to be killed in battle by the Goths. This was the start of the decline in CONFIDENCE of Roman society when they realized they were vulnerable for the first time. The deflation comes as governments try to collect more and more taxes. This shrinks the economy and makes it vulnerable long-term until it collapses. The inflation comes when CONFIDENCE is lost in government. Then money declines in value and assets rise. It is always a confidence game.

« What are Human Rights? Do They Include Property & Class?
Our Nemesis – Sovereign Debt Crisis »