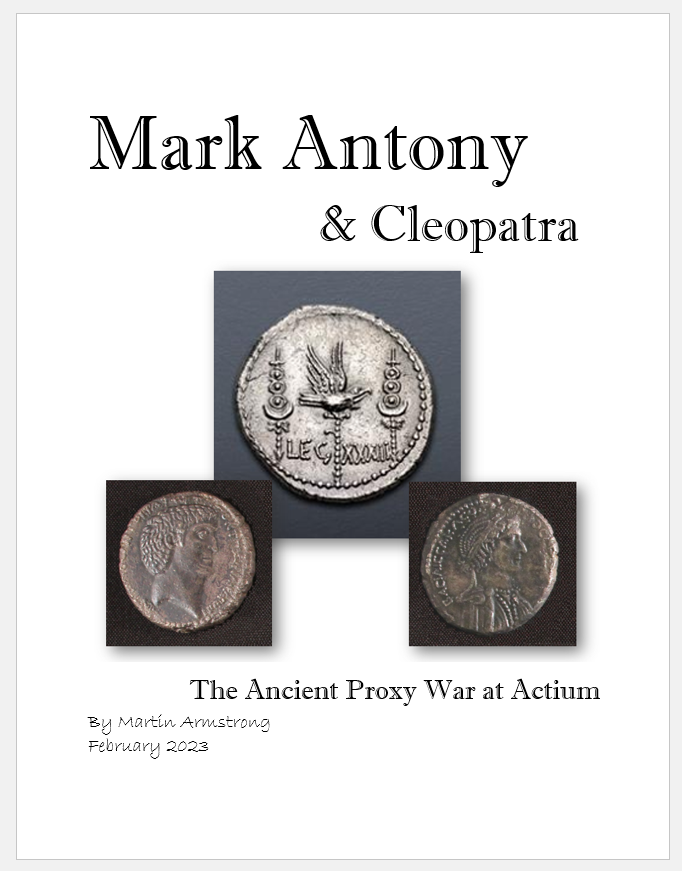 COMMENT: Martin,
Just a quick note to thank you for sharing your excellent knowledge on world and ancient coins. Your two recent blogs on “Hoards in History” and “18th Century Copper Riots and Private Money”, were insightful. While I appreciate your daily blog on world affairs and the economy in general, I find I am now starting to collect Ancient Greek and Roman coins! Can’t wait until you consider writing a book on world and ancient coins that is more than just a simple catalogue of prices.
Best regards,
TK

REPLY: I had no idea that so many people have become interested in ancient coins. I listed some and we have been swamped with orders. Most should be out by next week. My assistant, as I have teased her, has suddenly become a coin dealer.

I am doing a book on the legions of Mark Antony. In matters of war, as I have said, you always have both sides putting out their propaganda. Every article you read in West Russia is losing and about to collapse. Russia has not used its strategic weapons because they understand that the US and NATO have been using Ukraine to get a glimpse of Russia’s real capability. Its most advanced aircraft have not been used as Putin now understands this is really a proxy war and Ukraine is just the pawn. Putin is keeping those weapons in check to prevent NATO and the USA from getting a preview. 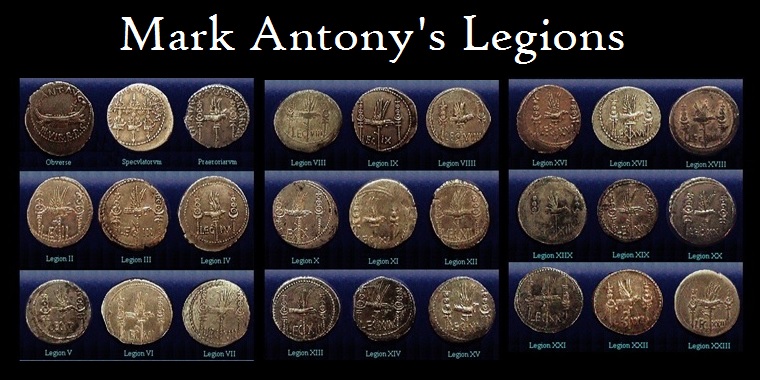 The battle of Actium is what was the birth of Imperial Rome with the victory of Octavian/Augustus over Antony and Cleopatra. As part of Antony’s propaganda war, he issued coins for every legion he had and then some in an effort to project that he had more support than Octavian. 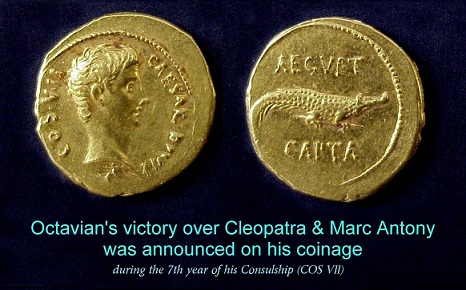 In turn, Octavian’s propaganda was that Cleopatra was manipulating Mark Antony and this was really a proxy war between Egypt and Rome. When Antony and Cleopatra were defeated, Octavian was awarded the title Augustus and his coinage announced his victory, but he did not mention Mark Antony. The coinage reflected his propaganda that it was really Cleopatra and Egypt who was waging war against Rome. 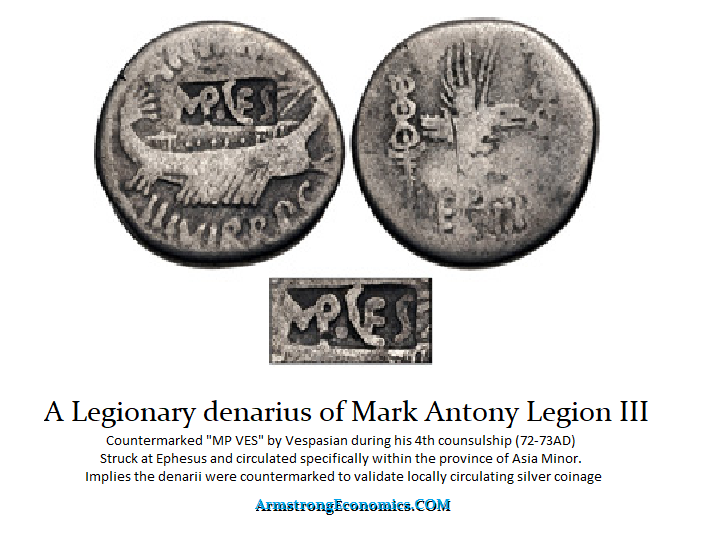 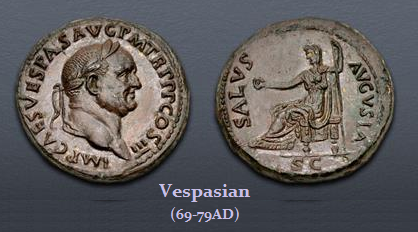 Yet this issue of coinage by Mark Antony is reflective of the current proxy war that the United States is carrying out against Russia using Ukraine just as Cleopatra used Mark Antony. What is even more fascinating is that clearly, Cleopatra funded Antony on a massive scale. It is estimated around 30 million legionary denarii were struck. They were the most common coin found in Pompey which was buried in 79AD. That was about 110 years later.

Here is a worn example countermarked “IMP VES” meaning Vespasian during the civil war that followed the death of Nero in 68AD.

No other Roman coin was struck in such quantity reflecting the amount of sheer funding that Cleopatra provided to conquer Rome. It is the Ukraine of Ancient Times as Biden has funded Ukraine handing them twice the annual budget of Germany, 50% more than Russia spends, and nearly 50% of China’s entire military spending. It’s just insane.

This is a fascinating story that can ONLY be told from the coinage. This should be going to press next month.