The Right to Notice, Ignored by Government 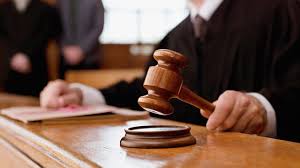 You cannot be found guilty unless you KNOWINGLY violated the law. The way they get around this is they PRESUME you KNOW the law. The millions of laws they enact each year, you are supposed to know, so Congress just has to write a law and you are PRESUMED to know what they wrote.

One of the greatest tyrannies of government is the enactment of so many laws, and then they simply left it to private printers, as they still do today to publish books, which declare the laws a man could lose his property and life for violating. In the 1640s and 1650s, pamphlets published in London regularly demanded that Parliament compile and distribute an official publication of existing statutory law, for government could pass a law, arrest you, despite you having no idea such a law had been passed. At the time, the official collection of Parliamentary acts was kept in the Tower of London, and it was left to private printers to issue printed editions of English law.

Finally, in 1647 a pamphlet entitled The Lawyers Bane urged members of Parliament to summarize and publish the corpus of statutory law enacted over the centuries because men should “understand those laws and ordinances by which their rights, privileges, interests, and estates are secured.” This tyranny is also prohibited in the U.S. Constitution, known as the Ex Post Facto Clause, whereby no one shall be held criminally for a crime enacted retroactively. Of course, pro-government judges have declared that does not apply to property, only one’s life and person. When it comes to money, there is no notice requirement.

Today, you can be prosecuted for some law that is not even applied as it was intended. Khairullozhon Matanov is a 24-year-old former cab driver from Quincy, Massachusetts. The night of the Boston Marathon bombings, he had dinner with Tamerlan and Dhzokhar Tsarnaev at a kebob restaurant in Somerville. Four days later, Matanov saw photographs of his friends listed as suspects in the bombings on the CNN and FBI websites. Later that day, he went to the local police. He told them that he knew the Tsarnaev brothers and that they’d had dinner together that week. However, he lied about whose idea it was to have dinner, lied about exactly when he had looked at the Tsarnaevs’ photos on the internet, lied about whether Tamerlan lived with his wife and daughter, and lied about when he and Tamerlan had last prayed together. Matanov likely lied to distance himself from the brothers or to cover up his own jihadist sympathies — or maybe he was just confused.

The government never alleged that Matanov was involved in the bombings or that he knew about them beforehand. Nevertheless, Matanov’s case demonstrates that (1) you do not have to know you violated any law to be criminally imprisoned, and (2) you are better off never contacting the government about anything, for they will prosecute you even for being a good citizen.

The government charged Matanov with four counts of obstruction of justice; three counts for making false statements based on the aforementioned lies (that were irrelevant to the case); one count for destroying “any record, document or tangible object” with intent to obstruct a federal investigation.

This last charge of obstructing justice was for deleting videos on his computer they argue might have demonstrated his own terrorist sympathies for clearing his browser history. So just knowing these guys and going to the government should have demonstrated he did not have terrorist sympathies, but that was their reason for charging him, for they might have had a case but do not know. So the new standard would mean that using anything incognito becomes a chargeable crime.

They can pass a law like destroying records under the Sarbanes-Oxley Act, a law enacted by Congress in the wake of the Enron scandal, and if federal prosecutors can make it fit anything else, they will. In the case of John Yates, he was charged with throwing overboard three undersized fish and the government charged him with destroying evidence. The Supreme Court ruled in favor of Yates. But at what cost? If you do not have the money for lawyers, there is no right to equal justice.

So you do not even need to know the law. They can write a law because of Enron and it will be creatively applied to throwing fish overboard or erasing your browser. This is the problem with law – we have no idea what law is or could be.