The Republican Establishment is Destroying the Party of Reagan 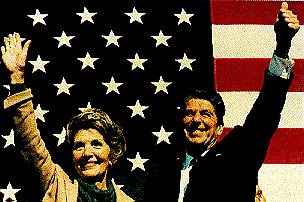 Many emails have come in asking how in the world our computer predicted 2016 would be sheer political chaos years in advance. Our political models correlate to the economy as does war. This is not about being clairvoyant. This is about the simple facts. People demand change when their standard of living continually declines. Likewise, no war unfolds as long as everyone is fat and happy. The popular political cry was, “It’s the economy, stupid.”

Ronald Reagan is probably the most respected Republican president since Abraham Lincoln. Reagan’s wife was his closest adviser. If they could not win Nancy’s approval, they would never get to Ron. It is perhaps timely that she has passed for she will not have to watch what the Republican elite have become. They effectively stand for everything that Reagan rejected just as David Cameron is the opposite of Maggie Thatcher. When I wrote to Reagan warning in 1985 that the formation of what became the G5 would lead to a crash by 1987, he order the Chief Economic Adviser Mr. Sprinkle to respond to me directly. Today, the Republican elite hired protesters in order to create the impression that a vote for Trump will bring violence, and it seems there is no floor to how low they will go to keep any non-politician from going to Washington.If I were Trump, I would immediately file suit against a protester and demand access to their bank accounts and follow the money trail from there and expose the culprits trying to create trouble. The Good Old Boys in DC like things the way they are. All we hear are promises to vote for someone for change and everyone cheers. But you cannot bullshit the people much longer.

The Democratic Party has always been a coalition of groups from women, minorities, and socialists but they all agree on one thing – where’s theirs? The Republicans are never a single coalition but a very diverse group. There are those who wish to force their religious beliefs on everyone else and then there are Libertarians who demand fiscal conservatism. Then there are the special interest groups who fund both sides so they are always in the game.

There is no time for personal opinion. We all have one, but we can only judge the future without biased self-interest. This is not about what I want to see happen; not what I personally would support. This has nothing to do with those things. This is about the facts and the trend.

The establishment is fighting with every possible dirty trick in the book. Rubio has flipped and is pulling his support for Trump if the candidate. This is outright war. The Republican elite are not about to accept the people’s decision. Screw the people. They will not support Trump and are hoping for a split for they want Hillary to win so all their friends, bankers, and families with government jobs can sleep easy at night and not have to worry that Trump may fire them all. So we may see a third party unfold by November. This is now on the wish list of the Republican elite. They will accept Hillary before any outsider who just might reform Washington. The media is now on board to stop Trump. This is an all-out political war and the loser is the people.

« Muslim Immigrants Want Swiss to Change the Flag Because it is a Christian Symbol
Are Career Politicians trying to create a Dictatorship? »