The amount of propaganda against the Federal Reserve is incredible. What we must keep in mind is that its original design, which lasted for about one year, was brilliant. The classic banking model, borrowing from depositors on a demand basis and lending long-term making a profit on the spread in interest rates, such as business loans and mortgages. This was Relationship Banking not today’s Transactional Banking model. 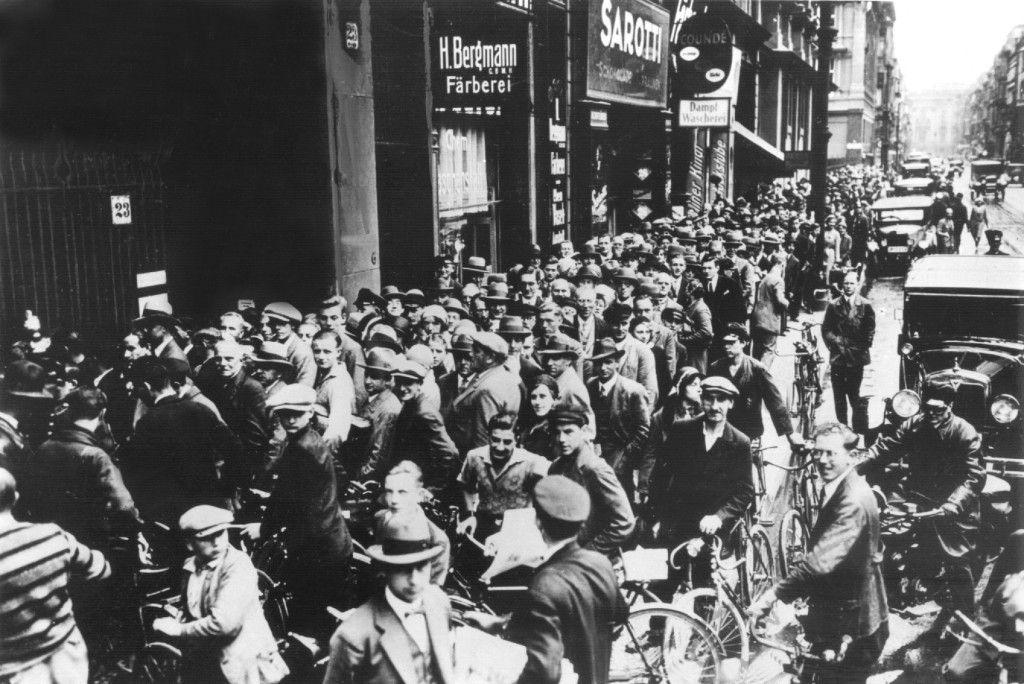 Yes, this was fractional banking insofar as about 8% of the money needed to remain free to service demand requirements. The crisis comes during an economic contraction when people run to the bank for a loss of confidence and demand to withdraw their funds. This results in the value of cash rising in purchasing power, compared to assets, so asset values collapse.

The idea of “elastic money” was to increase the supply of cash during such a crisis to meet the demand for withdrawals and that would offset the need to sell assets by calling in long-term debts. By increasing the money supply on a temporary basis, the Fed could offset the contraction in theory smoothing out the business cycle.

This was a brilliant scheme. However, it has been Congress, and not the Fed, who has corrupted that mechanism. The Fed was owned technically by the banks as this was supposed to save the taxpayer money. The banks should contribute to their own bailout fund.

Furthermore, the Fed’s design was also about buying in corporate paper when banks would not lend money. This was a mechanism used to offset rising unemployment if corporations could not fund their operations. They supplemented this by the management of regional interest rates to balance the domestic economy. Each branch of the Fed could raise or lower their local interest rate autonomously to attract capital when there was a local shortage or deflect capital when there was too much. This would often take place with the crop cycle, as money would flow in to pay the farmers upon delivery. Regional capital flows became the Texas-New York arbitrage for when Texas was booming New York was in recession and vice versa. This was the original design and purpose behind the Fed. The Jekyll Island meeting was held in secret ONLY because there was a very strong resentment against anyone with wealth as Marxism dominated the Progressive Movement of the era. There was no such cabal to create some evil entity.

Congress began to manipulate the Federal Reserve for their own self-interest when World War I broke out on April 6, 1917. The alteration to the design of the Fed was to direct it to buy government bonds, not corporate. In this first step, they never reverse this decree after the war. They removed the brilliant design to stimulate the economy directly by purchasing corporate paper during a recession. In the last 2007-2009 crisis, the government wrote a check to TARP and hoped that the banks would lend money, but they did not. Removing this first pillar of the independent Fed distorted the entire system. It then made little sense for bankers to own share in an entity that was no longer privately controlled.

During the Boom-Bust Cycle of 1929, banks became traders. Whatever they could make money on was fair game. Goldman Sachs was caught-up in the whole bull market just like everyone else. Under the leadership of Waddill Catchings, who led the firm into joining the hot market by creating an “investment trust” where he saw that a giant fund could maximize profits by buying and selling stocks. He promoted this as a business that was professional, and the profession was investing.

The Goldman Sachs “investment trust” was sort of the domestic “hedge fund” of its day. Everyone was jumping into the game. Catchings was caught-up in the whole thing and was very bullish going into the high of 1929. He gave this new entity the name: Goldman Sachs Trading Corporation. The deal was that Goldman Sachs would be paid 20% of the profit, offering stocks at $104 per share. The stock jumped to $226 per share – twice its book value. This would be the very same mistake exposed in the Crash of 1966 when shares in mutual funds traded on the exchange allowing them to be bid up well beyond their asset value.

The whole bullish atmosphere was very intoxicating. Just three months into the fund, Goldman Sachs arranged for a merger of the trust fund with Financial & Industrial Corporation that controlled Manufacturers Trust Company that was a giant group of insurance companies. This doubled the assets of Goldman Sachs Trading Corporation taking it up to a staggering near $245 million. This was huge money in those days. The trust exploded and the assets under control are said to have exceeded $1 billion.

Goldman Sachs expanded the leverage going right into the eye of the storm that was about to hit starting on September 3rd, 1929. In the summer of 1929, Goldman Sachs launched two more trusts: Shenandoah and the memorable Blue Ridge. The shares were over­-subscribed; Shenandoah began at just $17.80 and it closed on the first trading day at $36 per share. Blue Ridge was leveraged even more, and the partners at Goldman Sachs put pressure on everyone to buy as a sign of support. The leverage was astonishing for with just about $25 million in capital, there was now more than $500 million at stake.

The disaster was monumental to say the least. Goldman Sachs Trading Company, whose shares had stood at $326 at their peak, fell during the Great Depression to $1.75. They fell to less than 1% of their high. The loss suffered at Goldman Sachs on a percentage basis was far worse than at any other trust. In fact, of the top trusts, Goldman Sachs had lost about 70% of the entire trust market.

Goldman Sachs was awash with lawsuits and it became the target of jokes in Vaude­ville. This would fuel the anti-Jewish feeling in New York for decades to come. Samuel Sachs died in 1934 at the age of 84. He was devastated, for what he had worked for was to build the firm’s reputation. That is what broke the family in two.

The Glass-Steagall Act, also known as the Banking Act of 1933 (48 Stat. 162), was passed by Congress in 1933 and prohibited commercial banks from engaging in the investment business. It was enacted as an emergency response to the failure of nearly 5,000 banks during the Great Depression. Why? Because banks sold trusts and foreign sovereign government bonds to the public in small denominations. During the Stock Market Crash of 1929, amid accusations that Goldman had engaged in share price manipulation and insider trading, this was the actual drive behind the act. Goldman Sachs inspired the decision to ban insider trading in the United States in 1934.

Goldman Sachs then installed Robert Rubin under Bill Clinton as Secretary of the Treasury. Ironically, the very firm that inspired Glass-Steagall seized control of Congress with political donations to get it overturned. This began once again the age of Transactional Banking.