The Collapse of American Free Press – It’s Just Over 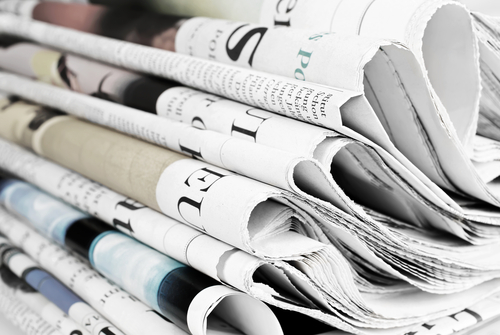 There is the greatest conspiracy of all time. The corrupt politicians have completely corrupted mainstream media. They even organized the overthrow at Fox News because that was the only station they could not take over. Everything from CNN, ABC, NBC, CBS, and countless newspapers are all out for a coronation of Hillary at the complete expense of the free press. We may never again be able to trust anything they say or print and this is becoming so blatant and in your face, even the New York Post, long on the fringe, has come out with the bold headline: American journalism is collapsing before our eyes. They are too greedy for power to know what they do, but that is no excuse for the treason they are carrying out against the American people.

Indeed, this is part of the end times. Government is turning against the people and the free press, which was suppose to defend our liberty, has join the conspiracy and are now on the side of government against the people. That peak in the Economic Confidence Model 2015.75 was the peak in government. They now know they are losing control and in the process, they will burn down the barn to get a mouse that roars. There is no future left as we knew it. There will be no freedom or liberty to leave our children and grandchildren. The slide downward from 2015.75 will be marked with more Draconian measures and nothing but lies. They are fighting now to retain control and the press has joined forces with government and the neoconservatives who want only to wage war and engage in their dream of nation building, which has been a complete failure. They do not care about the people. We are the great unwashed in whose blood they feast and wash their hands all for the glory of power. 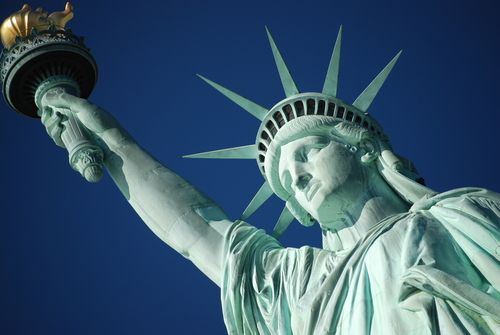 They are bringing back meaning to Patrick Henry’s most famous quote: “give me liberty or give me death.” You do reach a point when they just go too far. They can threaten to kill you. If you reach that point when you can say go ahead because living as your slave is a fate worse than death, you disarm them. There is nothing else they can threaten you with. Then, and only then, do you comprehend the deep meaning behind the words of Patrick Henry.

It is a sad day for journalism. It has never been so manipulative than it is today. This is truly the end of everything that made America the beacon of liberty for the world. It is just a hollow shell. To think that the parents of these journalists worked hard to make sure their children had a better life. They have disgraced their parents. They have condemned their own children. They have made a mockery of our liberty, and they are working hard to further the oligarchy, which always destroys every Republic known to history. When the rule of law collapses as we have seen with Hillary, and the press becomes the pawn of the establishment, all that is left is the monetary system collapse. Game over. Turn out the lights.  It becomes only the next step in a series of steps down that road of destruction why no Republic has ever survived. The circle of life of government is nearly complete. We must simply crash and burn with hope to survive and rise from the ashes with a different system altogether. To quote Patrick Henry: