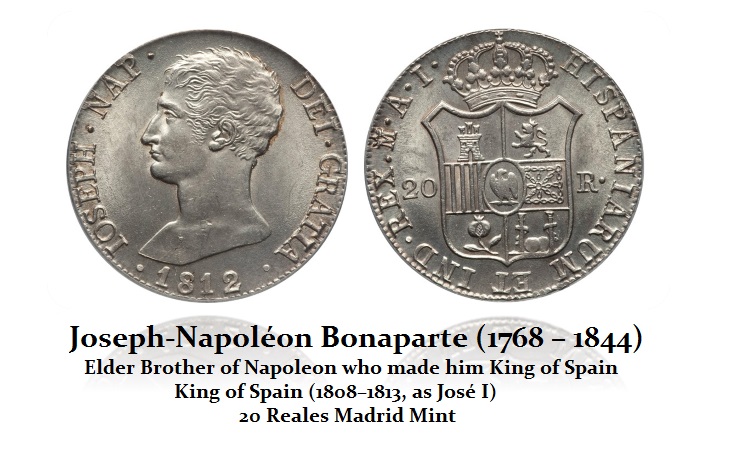 QUESTION: Years ago, while visiting Salamanca, Spain, I was told that Napoleon’s brother abandoned his rule over Spain and made off with a large cache of gold. I know that he fled Spain to New Jersey. Is there any truth to this gold story? If so, what economic impact did he and the gold have in New Jersey?

ANSWER: Yes, I grew up in New Jersey with the story of Napoleon’s brother living there in exile. He fled the British to America I suppose like Snowden going to Russia. It was on March 30, 1814, when the allied troops reached Paris. Joseph Bonaparte and his family fled at first to Switzerland. He bought an estate at Prangins, between Geneva and Lausanne. However, when Napoleon escaped from Elba in 1815, Joseph returned to Paris to join him. Then after Napoleon’s second abdication, Joseph reportedly offered to change places with his brother so the latter could board the American brig the Commerce, of Charleston, to America. Joseph had chartered that ship for his own escape. Consequently, Joseph left for the United States only when he heard that Napoleon had surrendered to Britain’s Captain Maitland of HMS Bellerophon.

The rumor that Joseph sailed with tons of gold from Spain was another conspiracy theory. However, the Commerce was twice boarded and inspected by the British. Joseph was prepared with fake papers. They worked and he managed escaping detection. He arrived in New York on August 28, 1815. His Spanish ordinance officer Unzaga, his interpreter James Carret, his cook Francois Parrot, and his secretary Louis Mailliard all accompanied him. The rumor was that Congressman Henry Clay assisted Joseph and provided him with a hotel to stay in. Joseph left his wife Julie and his daughters in Paris. They later moved to Frankfurt and then to Brussels.

Joseph left New York City with the intention of meeting President Madison. Madison sent someone to intercept him and told that a meeting could not take place with the President. Joseph assumed the title of the Count of Survilliers, after a small property he owned near Mortefontaine. He was able to transfer a large part of his fortune to the United States, where he invested it. He rented a house in Philadelphia and bought an estate called Point Breeze in Bordentown, New Jersey. He also bought a large tract of land in upstate New York, to which he made extensive improvements. The latter contained a 1,200-acre lake which Joseph named Lake Diana, after the goddess of the hunt. It is now known as Lake Bonaparte. 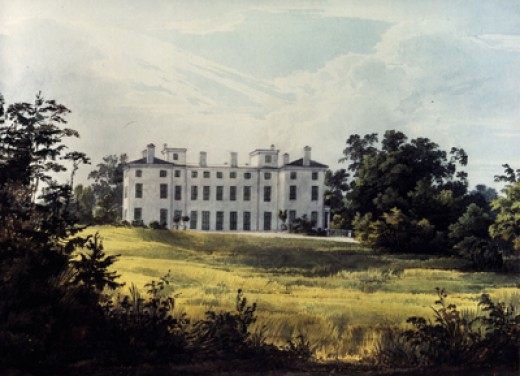 Joseph’s home became gathering places for other Napoleonic exiles in the States.  Nevertheless, Joseph also developed friendships with many prominent Americans, including Nicholas Biddle of the First Bank of the United States. He was also a member of the American Philosophical Society.

Joseph Bonaparte’s home in Bordentown burned down though in 1820. When they excavated the site they recovered some 14,000 artifacts. He left with some gold, but there is no real record of how much he took with him into exile. As for his wealth, it was transferred to banks from Switzerland to America at the Bank of the United States as a valued customer of Nicholas Biddle. I am not aware of any extensive gold hoard that altered the New Jersey economy at that time.