Government: The Most Evil Invention in History? 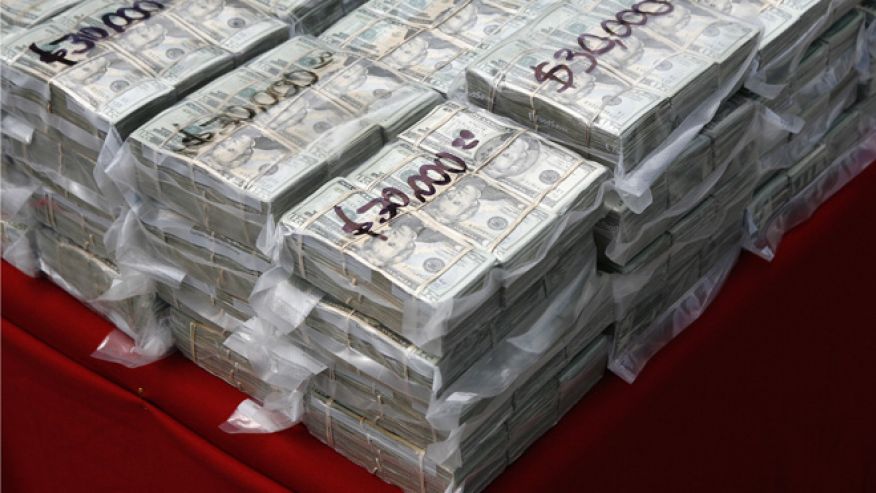 While we need some form of rule of law and independent body to appeal to for complaints, there is no question that government is by far the evilest invention ever created by humankind. When you actually look at how government begins, it allows us to see that the heart of the problem is always greed and power. Today, police officers can find numerous excuses to charge you with something simply because they personally dislike you. The Fed is fighting hard to keep $167,000 that they simply stole from an individual after a traffic stop who was never charged with any crime whatsoever. This is outright criminal activity on the part of the government. Judges are hopelessly corrupt in their judgment for they are appointed by government, and therefore are expected to do the government’s bidding. My father took a judgeship in a local town when I was a kid. The politicians complained that he did not impose the maximum fine on everyone who appeared in court. He quit because he would not do as they commanded. Guess it was in the genes. 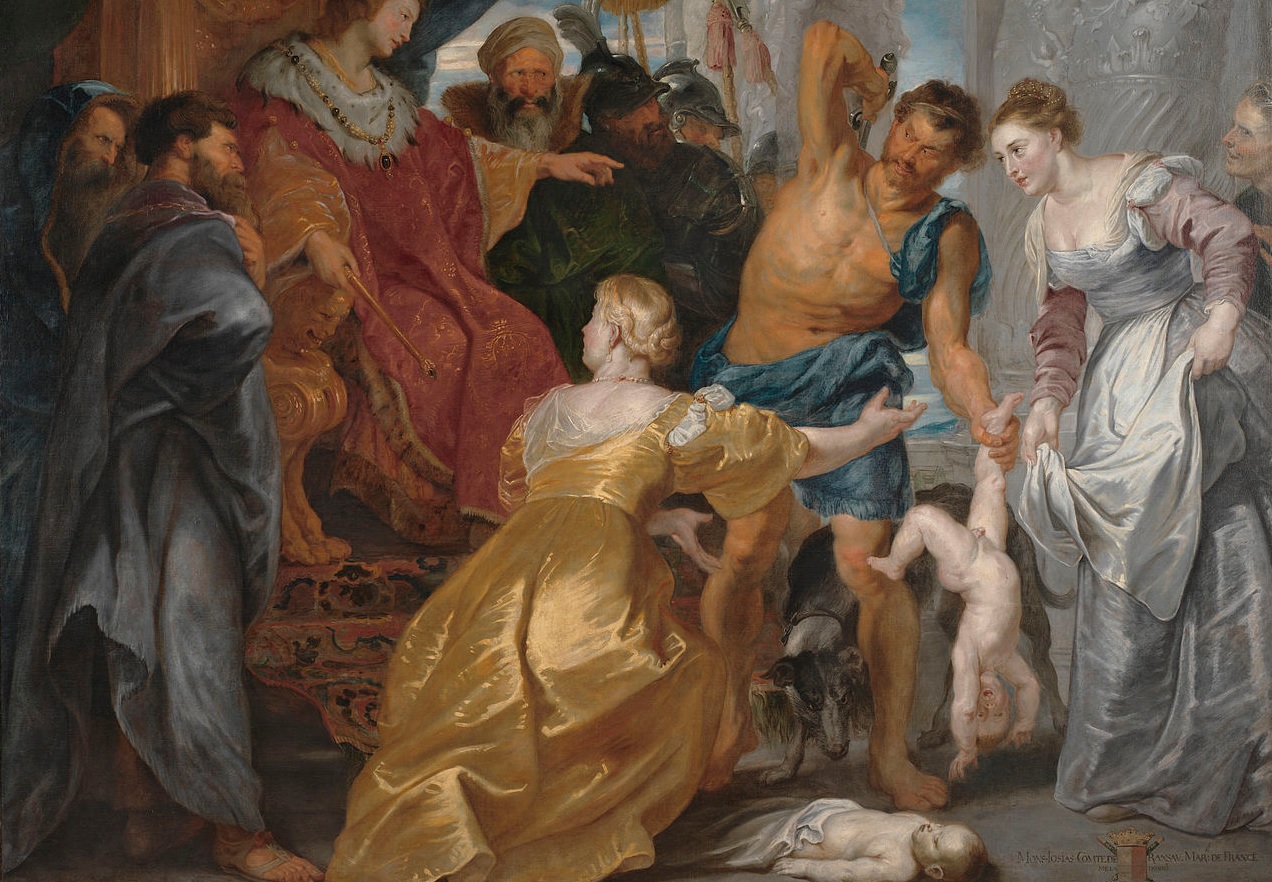 King Solomon was renowned for his wisdom, yet this story from the Bible illustrates the origin of government and the role of the king they play. At this point in time, the king was the benevolent father of his country. He was there as the independent judge for private disputes since he did not benefit either way from any decision. There were no fines to collect, as this gives the government an incentive to ensure you are guilty. He fulfilled his obligation as king — to be there FOR THE PEOPLE — not against them for personal exploitation.

Even in ancient Greece, something like murder was never a state crime. To be prosecuted by the state, such as Socrates, required theft from the state or offending the gods, which was Socrates’ crime. If someone killed anyone in your family, it became your DUTY to bring a prosecution — not the state’s. This separation between public and private acts restrained the state and is the reason why there were family feuds, largely in Eastern European culture. If someone in my family killed someone in your family, then your family was within its right to retaliate against ANYONE in my family. So the act was not personally punishable but rather one family against another. This was the origin of the concept of the feuds.

There was also the ancient practice of “deodand” whereby the object that caused the death of another was donated (forfeited) and sold to pay for the funeral of the victim. Under this doctrine, the chattel (property) involved in the accidental death was forfeited to the crown and sold to pay for prayers to the departed. It was not for the personal benefit of the crown, as is the case today. Our modern governments have usurped religious power as far as having the ability to seize property, but it no longer has anything to do with its origins. The government has replaced God and the money is simply theirs. Today, civil asset forfeiture is an out crime against the people by a greedy totalitarian state as judges reach back to claim an ancient power torn from its origins to benefit the government. There is no longer an accidental death doctrine in which the proceeds are donated for prayers. This is just grabbing the money, which no longer serves any moral purpose besides filling the pockets of government and police pensions. 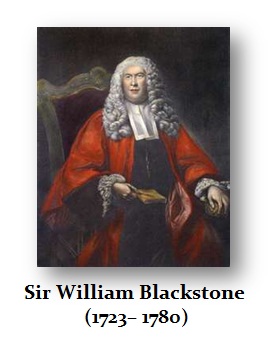 The United States Supreme Court in J. W. Goldsmith Jr., Grant Co. v. The United States, 254 U.S. 505 (1922), noted the origins of government forfeiture power in the historical practice of deodand. The court cited Sir William Blackstone (1723–1780), in his “Commentaries of the Laws of England”, which noted that this practice extended back to the times of Ancient Greece. Deodand was abolished in England in 1846 and it is not practiced in the United States, yet it has been transformed into the government’s right to seize your property even if you have done NOTHING wrong for it is the object that commits the offense, not you.

The U.S. Supreme Court relying on deodand to justify the confiscation of property to enrich the coffers of government is no different than being robbed on the street at gunpoint. Under this ancient practice, the object is guilty, not the owner. This is really an example of how judges are owned by the government and do not defend the Constitution or the people. They can claim someone sold drugs from your home and seize it for the house committed the crime, not you. The Constitution means nothing; it is just a scrap of paper as long as we have pretended judges appointed by politicians to rule in favor of the government. How else do you achieve a virtually 99% conviction rate with court-appointed lawyers who are experts at losing cases?

Several state constitutions in the USA explicitly prohibit deodand or equivalent practices, most often in the context of property left behind by one who commits suicide. These states are Missouri (Art. 1, §30), New Hampshire (Pt. 2, Art. 89), Tennessee (Art. 1, §12), and Vermont (Ch. II, §65). What is now happening throughout Europe, including England, is that everyone is following the lead of the USA thanks to the Supreme Court by confiscating any property the state desires from people who need not be criminals. Just the mere possession of wealth today is justification for what has become armed robbery. There is no difference from a thug on the street holding a gun to your face demanding all of your money and jewelry from a police officer doing the exact same thing. Try leaving Italy with a lot of gold jewelry. They take you aside and weigh it. If it is too much in the OPINION of a police officer, say goodbye to your property.

The goldbugs should stop the nonsense about market manipulations and wake up. You will not be able to have gold since storing it in a safe deposit box is now money laundering. If you try to travel with gold, well here comes civil asset forfeiture; the government does not need to prove anything for it is the gold that commits the crime by its sheer existence. Welcome to the age of the Sovereign Debt Crisis and DEFLATION. If you have been waiting for hyperinflation, well you will not see that before you die. They are hunting money like a blood sport. This is all about them not honoring their promises. When it comes time to have to honor any unfunded promise, they will simply default. Historically, the government always defaults for they are the evilest invention of society.

And people wonder why Trump is soaring in the polls? Hey, we will not change anything with an established career politician whether they are a Democrat or Republican. We are reaching the point of insanity and society will need to go through the classic control-alt-delete reboot just to survive.