The First Christmas Tree in NYC, 1931 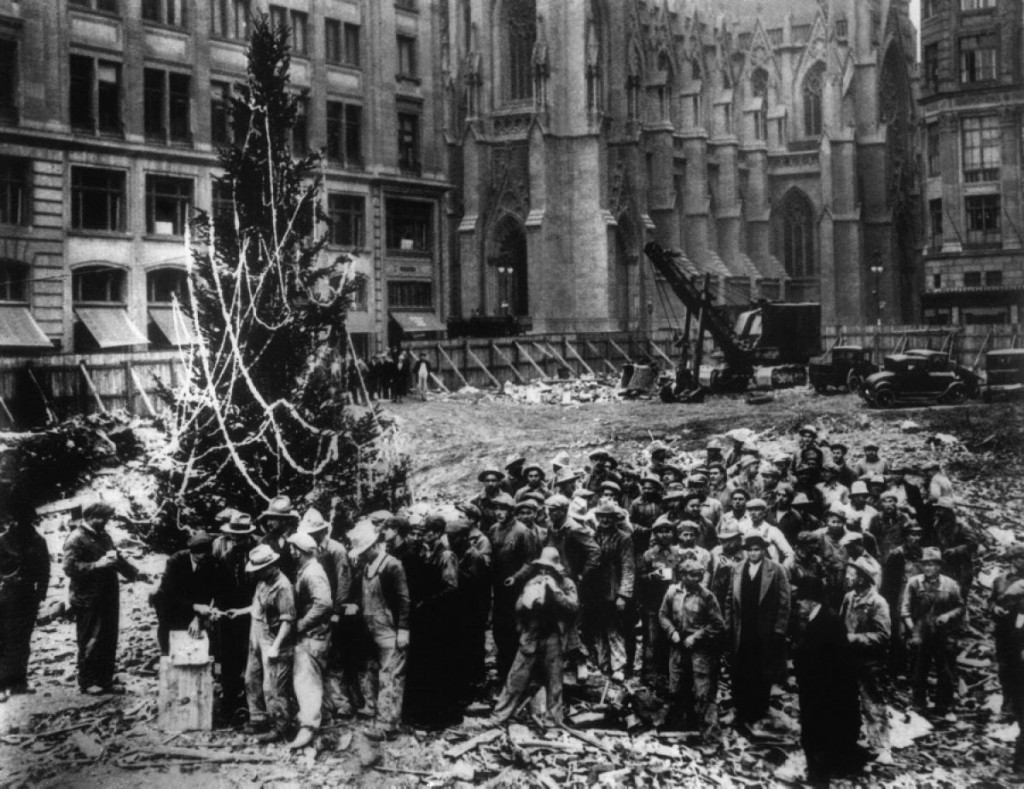 The first Christmas tree in NYC was erected in 1931 during the worst year of the Great Depression. During this time, almost all of the foreign sovereign bonds defaulted on Americans and caused massive bank failures. The first tree was put up in hopes of raising the spirits of the people in their dark hour of need. It was not the stock market crash that devastated the finances of the people, it was the bond collapse. Andrew Mellon had first commented when bonds rallied and stocks fell in 1929, that this was why “Gentlemen prefer Bonds.” By 1931, those words demonstrated that even conservative men lost their shirts.