Can Rates Rise with Deflation?

QUESTION: Hi Marty, How does the model’s call for deflation (earlier blog posts) fit in with the likely major cycle low in interest rates (per your recent posts)? Can there be general price deflation and yet interest rates increase significantly? 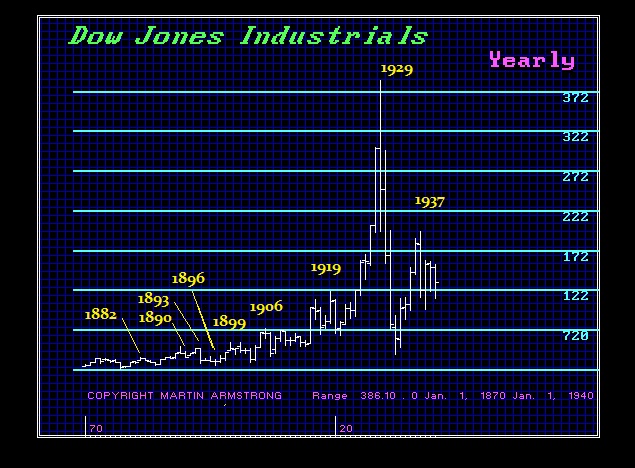 ANSWER: Yes. Rates can soar to outrageous levels during the collapse of a system, which reflects a collapse in confidence that causes a simultaneous deflation in assets. Look at the highest levels of interest rates that reached nearly 200% in 1899. That was not a reflection of speculation in the markets. This was when J.P. Morgan had to arrange a gold loan to bail out the government.

Normally, interest rates are the price of inflation in a normal growth environment where confidence exists within the system as a whole. You can get hyperinflation if confidence in government collapses, but when you are on a gold standard, you end up with hoarding and the velocity of money collapses and causes the interest rate to soar like with a loan shark.

You can see we had the biggest asset rally into 1929, but this was the lowest spike in interest rates because the confidence was with the dollar as Europe, Asia, and South America defaulted. The key is where the confidence resides. That’s why I called it the Economic Confidence Model.